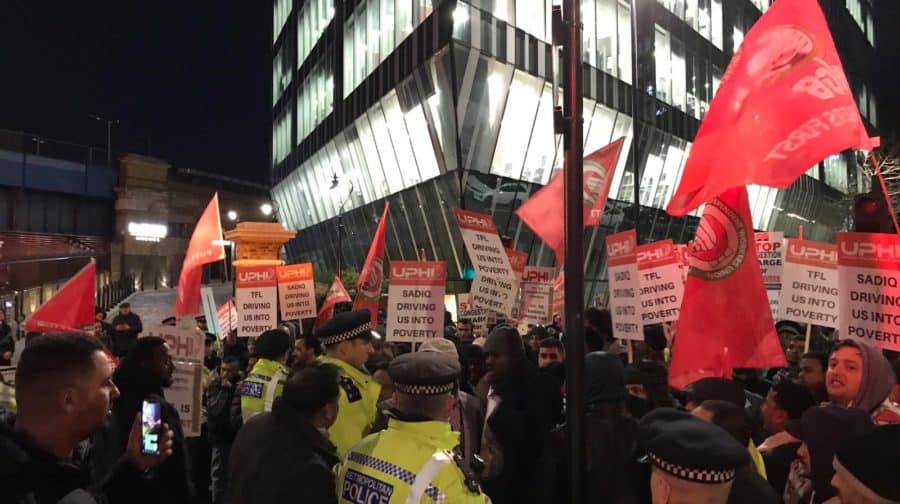 London Bridge will be blockaded this afternoon causing traffic misery, as a minicab protest against congestion charges rumbles on.

Hundreds of minicab drivers are expected to block London Bridge with their cars from 4pm-6pm in the fifth week of protests against a new congestion charge being introduced in April.

The IWGB union estimates that the move could cut the take home pay of private hire drivers by up to 25 per cent. The protest has been organised by its United Private Hire Drivers (UPHD) branch.

The drivers will then march onto city hall in protest against “the Mayor’s tax on the poor.”

Blockading drivers will also likely put buses on diversion, as they will be unable to take passengers over the bridge.

Muhumed Ali, Secretary of the UPHD’s London Committee, said: “London minicab drivers often earn less than the minimum wage and the Mayor’s tax on the poor only risks pushing us and our families into even greater poverty, while highly profitable operators like Uber get off scot free.

“TfL and the Mayor have underestimated the strength of feeling amongst drivers if they think that they can continue to ignore our concerns.”

The direct action will continue until TfL backs down with its proposals, the drivers have vowed.

However, TfL has insisted the move is necessary to clean up the capital’s dirty air.

“The private hire trade, along with all road users, have a central role in reducing the filthy fumes circulating in our city,” said Alex Williams, TfL’s Director of City Planning last month.

Live updates on the traffic situation as the protest unfolds can be found on the TfL website here or on Twitter @TfLTrafficNews.