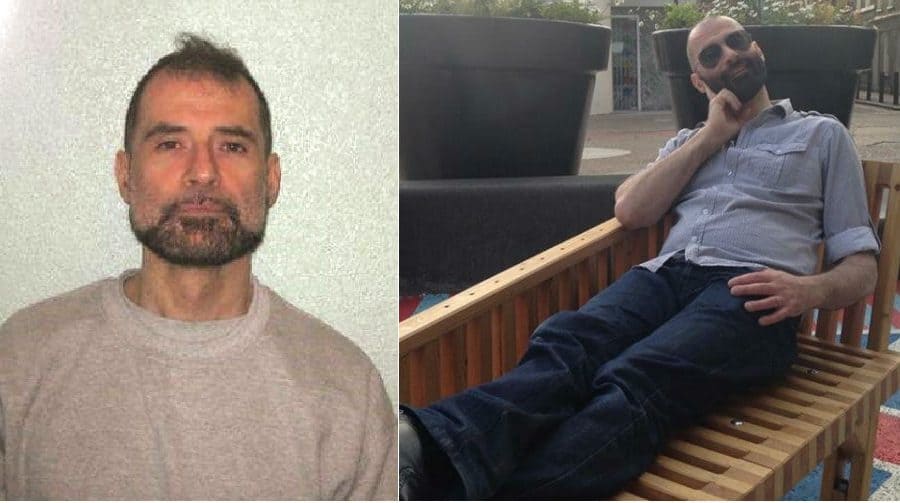 Stefano Brizzi, the man who murdered a copper during a rough sex session at his flat in Borough, has been jailed for “a minimum” of 24 years.

The 50-year-old self-confessed Breaking Bad fanatic was found guilty last month of acting out “satanic” fantasies, inspired by the hit TV series and an addiction to the drug crystal meth.

The jury agreed that Brizzi deliberately suffocated PC Gordon Semple during sex, and attempted to dispose of the body by dissolving it in acid. Brizzi then discarded the corroded remains in the River Thames, and in communal bins at his estate in Southwark Street.

He returned to the Old Bailey on Monday morning to receive his sentence from Judge Nicholas Hilliard, the Recorder of London.

Speaking directly to Brizzi in the dock, Judge Hilliard said: “You were convicted by the jury of the murder of Gordon Semple.

“He was loved by his partner and his family and friends.

“No sentence the court can pass can ever equate to the value of a precious human life and no sentence I can pass can begin to undo what you have done.”

The judge commended the officers who attended the “unprecedented scene”, which “no amount of training or experience could have equipped them for”.

Mr Semple had been based with Westminster Police, and lived in Kent, having originally moved to the south of England from Inverness.

The two men hooked up on April 1 after chatting on the dating app Grindr. Mr Semple was reported missing the next day by his partner of 25 years, Gary Meeks.

It wasn’t until April 7 that police discovered Mr Semple’s remains, having been alerted to a “smell of death” from Brizzi’s neighbours at the Peabody Trust Estate.

A statement from Mr Semple’s brother, Ronald, was read during the sentencing hearing on Monday.

“He was a well-thought-of and caring and generous person and much loved brother,” it said.

“Me and my family were devastated as news of Gordon’s murder was disclosed and still find it difficult to deal with.”

It is believed another guest arrived at Brizzi’s home on April 1, at the exact moment Mr Semple was being strangled. But Brizzi answered over the intercom: “We’re having a situation here. Someone fell ill but we’re taking care of it. So our party is cancelled.”

Police searching for Gordon Semple in the Peabody Estate. photo by Lauren Ingram

When police visited Brizzi’s flat six days later, he answered the door wearing only a pair of pink underpants and aviator shades and told the officers: “I’ve tried to dissolve the body – I’ve killed a police officer.”

He added: ‘I killed him last week. I met him on Grindr and I killed him. Satan told me to.”

A knife and four black candles were found under the bed when Brizzi’s home was searched, and a PDF of the Satanic Bible was found on his computer.

Sally Bennett-Jenkins QC, defending Brizzi, said: “This is an appalling case. He recognises that and has done from the inception.

“The behaviours that my Lord has dealt with can only be ascribed to his taking of crystal meth.”