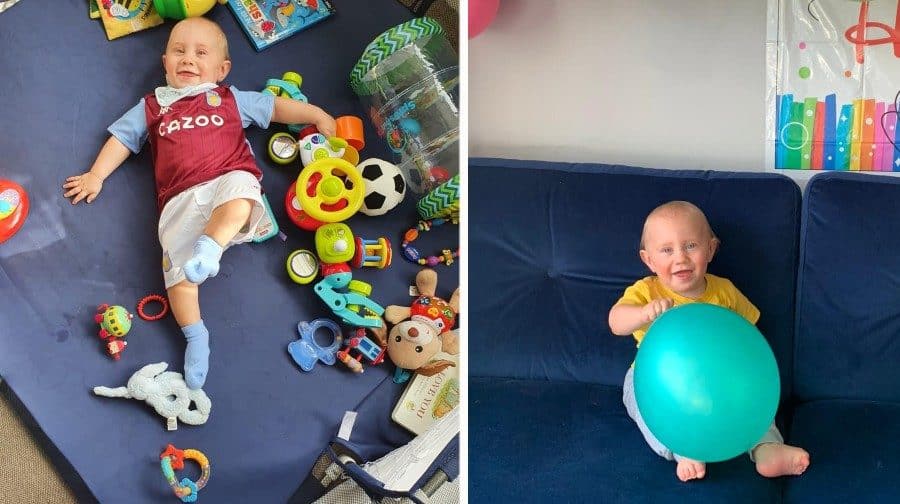 Buddy on his first birthday

A baby who was born weighing the same as a loaf of bread is celebrating his first birthday thanks to miraculous life-saving care.

Buddy Webb, from Lewisham, was born at 25 weeks and three days old – and weighed just 1lbs 13oz, roughly the same as a medium sized loaf.

Mum Rachel’s waters broke when she was just 24 weeks and six days pregnant. “It was a complete shock,” said dad Paul Webb, 34.

“Up until that point we were enjoying a low risk pregnancy and were about to start hypnobirthing.

“She was rushed to our local hospital where she was given steroids to speed up the development of Buddy’s lungs.” 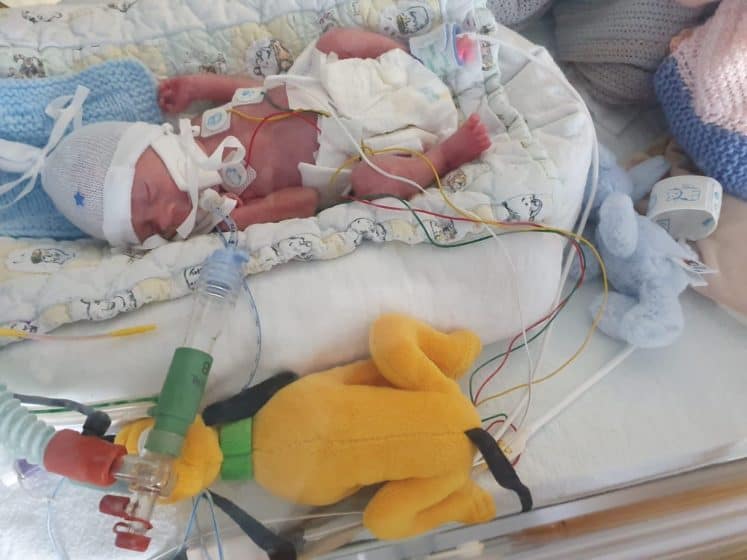 Rachel was rushed to St Thomas’ for emergency treatment, and had a caesarean to deliver Buddy because of a virus.

“We played Billy Joel’s ‘We Didn’t Start the Fire’ as Buddy was delivered,” said Paul. “It was an extremely emotional time. At that point we didn’t know if he would survive.”

Buddy spent three months on neonatal intensive care at the Evelina Hospital, the children’s hospital on the same site as St Thomas’.

His lungs were underdeveloped, causing breathing problems, but luckily he did not need surgery. 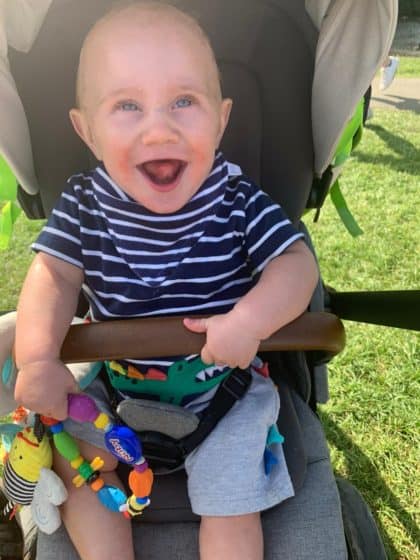 “Eventually his breathing improved and he came off the ventilator two months after he was born, which was a really special moment,” said Paul.

“We spent Christmas day with Buddy in hospital. The staff went above and beyond to make it special.

“Santa came to visit Buddy and he received lots of presents and cards. It was a really memorable day.

“The care that Buddy received was absolutely phenomenal. We felt supported and looked after by everyone involved in his care.

“We can’t thank the team at Evelina London enough. We owe Buddy’s life to them.”

The little boy was discharged in January and celebrated his first birthday last month with family. He is developing well, and is a “boisterous” infant who loves lego, books and cuddles, Paul said. 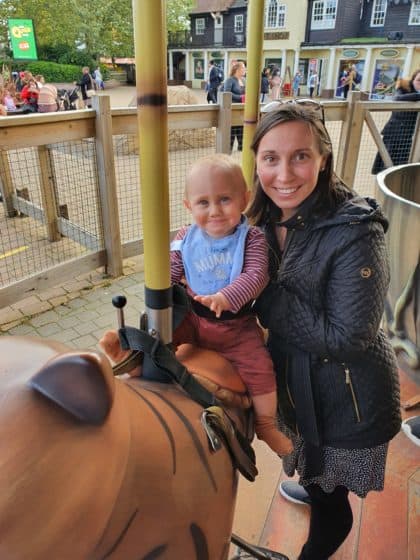 Buddy Webb with his mother Rachel

In thanks to the hospital, Paul plans to run next year’s London marathon for the Evelina.

“We’re absolutely delighted that Buddy is thriving and Paul has chosen to raise vital funds for us,” said Dr Hammad Khan, a consultant neonatologist at the hospital.

“We have specialist teams who provide 24-hour care helping premature and sick babies with their breathing and feeding, and where necessary providing life-changing surgery and other procedures.”