“I ran out the back exit screaming, running for my life,” salon owner said 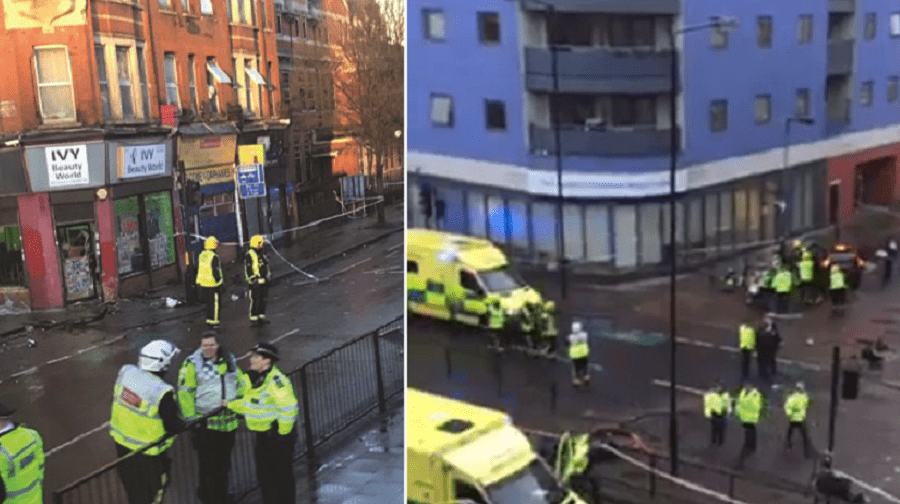 The owner of a Peckham salon that was smashed into a by a rolling car has said it was “a miracle” that no one was killed.

A black hatchback driven by a woman in her 50s – with two passengers aged in their 80s and 30s – drove into the Ivy Beauty World salon in Peckham High Street on Monday.

They were left with serious but non-life-threatening injuries.

The car had first smashed into railings on the pedestrian island opposite the Staffordshire Street junction. It took out two traffic lights before hitting the salon, and came to a halt upside down in Staffordshire Street, near Peckham Police Station.

Salon owner Helen Ehroghae, 51, told the News: “I am so shocked, but I do not know how to explain my gratitude to God that no one was killed.

“The car drove from the other side of the road and hit the front pillar on my shop.

“I ran out the back exit screaming, running for my life. I was in shock and shivering.”

Police confirmed that they were called to the scene at about 4.30pm, with the London Ambulance Service and London Fire Brigade.

Fifteen people in a block of flats opposite the salon were evacuated.

Helen, who lives in the Wendover block of the Aylesbury Estate, said she had only opened the shop in September last year.

She had been based in Rye Lane, but her new shop was uninsured.

“I had just paid my rent that day,” Helen said. “Now I have no one to help me and no idea where to start.”

A spokesperson for the London Fire Brigade said: “One person in the car managed to release themselves from the vehicle, but we were called to help free the other two.”

Two fire engines and one fire rescue unit attended, and had left the scene by 6pm.

Eastbound traffic had to be closed, causing long tailbacks on Queen’s Road and Peckham Road.

The Met Police have confirmed that no arrests were made.