Miss E.B.O.N.Y beauty and creativity contest to be held in Camberwell this weekend

The winner of the pageant will be sponsored to travel to Africa. 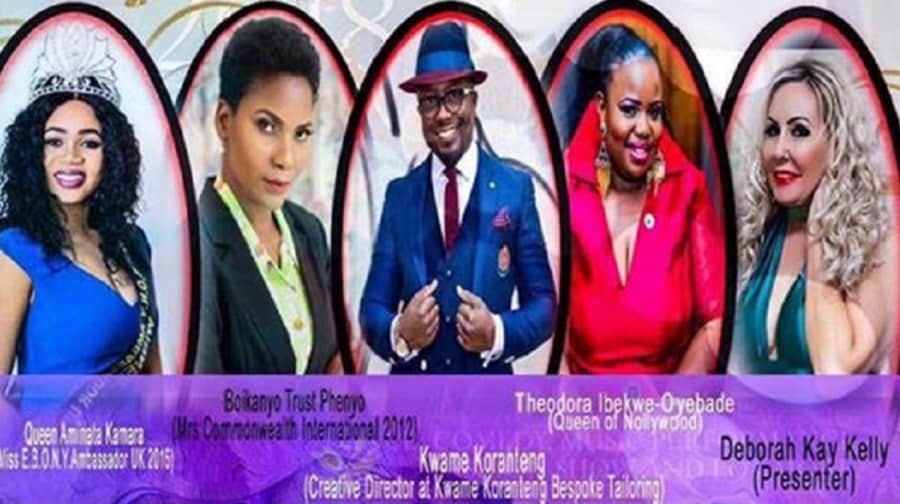 The judges of the 2018 competition

The Miss E.B.O.N.Y competition is coming south of the river to Camberwell tomorrow, Saturday June 30,  having been held in north London for the last two years.

Not  just a beauty pageant, the yearly competition for the title of Miss E.B.O.N.Y. Ambassador UK, was created to empower the African youth living in the UK and get them to learn new creative skills

The charity IrensmartConcept is based around holding workshops – open to everyone – in order to teach skills such as hair braiding, embroidering, baking, beading and sewing.

The workshops had been held for three years before the founder and CEO of the charity Irene Eribo decided to create the Miss E.B.O.N.Y. contest, which stands for Elegant, Bold, Originality, Noble and Youth, and is only open to those of African descent living in the UK.

The winner will be sponsored to go to Africa, and she will have the opportunity to do community work, such as teaching skills workshops or visiting schools, in both the UK and in Africa.

“There were some contestants that did not really want to be part of the pageant because they were shy, but they ended up being good public speakers” said Irene Eribo. “Watching them gain that confidence was a really great thing. I want them to be able to do things for themselves.”

Miss E.B.O.N.Y. will be held at Walworth Hall, 54 Camberwell Road, London, SE5 OEW on June 30. The Red Carpet will begin at 5pm, with the main event starting at 6pm.

Southwark NewsNewsMiss E.B.O.N.Y beauty and creativity contest to be held in Camberwell this weekend