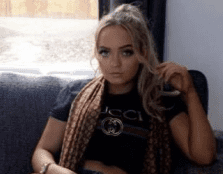 Missing: Katalina Tichner, believed to possibly be in London near Waterloo station

Thames Valley Police are “increasingly concerned” for the welfare of a missing teenage girl, believed to possibly be in the South Bank area near Waterloo station.

Katalina Tichner, aged 15, was last seen at around 11am on Wednesday in Earlswood, Bracknell in Berkshire.

She was last seen wearing a black coat with fur on the hood, black leggings and black Nike trainers.

The teenager is known to frequent Reading but police believe she could be in London, possibly near South Bank.

Investigating officer, Detective Inspector Bethany Sillitto, of Windsor Police station, said: “We are growing increasingly concerned for Katalina’s welfare and would appeal for the public to help us in locating her.

“We would appeal to anyone that sees Katalina to get in touch with police to ensure that she returns home safely.

“Katalina, if you read this appeal then we want to reassure you that you are not in trouble, we are concerned for you and want you to get in touch and return home.” An uncropped picture of Katalina. The public is asked to call police if they know her whereabouts

Anyone with information about Katalina’s whereabouts should call 101 and quote reference 43190048340.

Reports can be made online at https://www.thamesvalley.police.uk/tua/tell-us-about/cor/tell-us-about-existing-case-report/ or via Crimestoppers anonymously on 0800 555 111.