‘I worry so much about people forgetting about him, and the need for justice’ 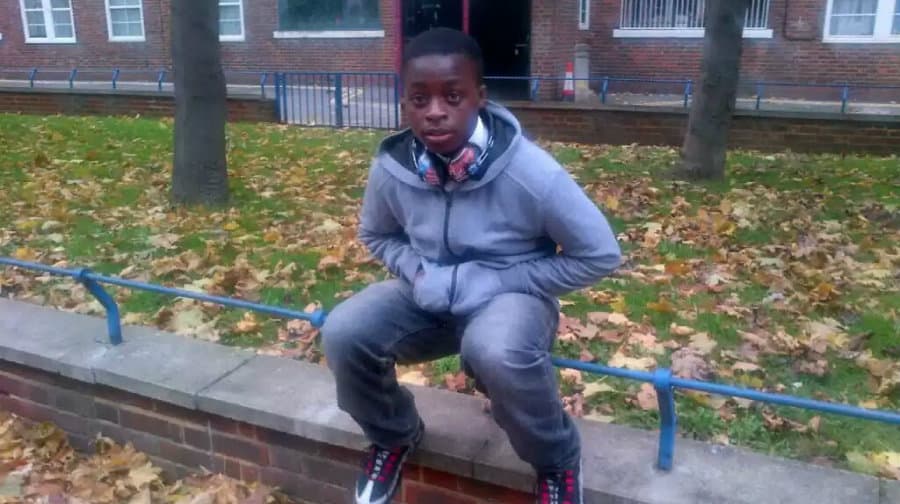 As the three year anniversary of her son’s murder approaches, Mariama Kamara has told the News of her sadness that his killer has never been brought to justice, and her anger that police force funding is being cut as the capital’s murder rate skyrockets. Alyesbury Estate teenager Mohamed Dura-Ray was just sixteen when he was stabbed to death, two weeks before his seventeenth birthday outside Canterbury Place on Walworth’s Newington Estate on September 14, 2015.

An inquest into his death heard that Manchester United Fan Mohamed, known as Mo, had been involved in an altercation with an ‘unknown male’, and had told witnesses ‘I’ve been stabbed’ as friends tried to help him before police and the ambulance service arrived.

Mo died from a single stab wound to the chest at 10.52pm that night after medics tried to save him.

Despite a £20,000 police reward for information, and a sample of blood found on a letter at the scene which matched the DNA of a suspect, the case was eventually dropped after a witness refused to give evidence.

A verdict of unlawful killing was returned by the coroner, and despite Mo’s family and police appealing for anyone to come forward with information, the case has gone cold.

This week is even more tragic for Mo’s mother, as the anniversary of his death is the day before her own birthday, and also close to his sister’s birthday.

“I’m just pleading to people to please come forward and find my son’s killer, any witnesses, anyone who saw anything, get in touch – there is a number to call,” she told the News.

The recent spate of stabbings and rising violent crime is particularly heart wrenching for her – and she warns that no one is immune from the impact of knife crime: “There are rampant killings, and no mother wants to lose a child.

“My son should be twenty this year and it is a hard thing for me – he was supposed to be in university.

“Mothers need to talk to their children, the children who were there, and help them bring justice.

“Mothers have to work with police – don’t keep information secret. One day it could happen to you.

“This is about a life that has gone – not about being a ‘snitch’.”

Mo wanted to go to University College London to study engineering, and Mariama is worried that with less police officers on patrol and less funding, more young men could become victims of knife crime and never reach their potential.

“The Government is responsible,” she told the News. “They are giving police five people’s work in one person’s job, and closing stations – why?

“We used to see a lot more police officers, but now we don’t see so many and successful prosecutions are going down.”

Mariama wanted to give particular thanks to Bermondsey and Old Southwark MP, Neil Coyle, who brought the case to the attention of former Prime Minister David Cameron.

She said: “I want to give thanks to Neil who is always there for me.

“He is a father, and is caring and has compassion – I thank him from all of my family.”

On Friday, Mariama plans to speak at the place where Mo died, and appeal for witnesses to come forward, before going to the cemetery where he is buried to lay flowers.

“I worry so much about people forgetting about him, and the need for justice.

“My son always gave me flowers and a card on my birthday, and the last thing he made for me was a hat.

“Now September is always a sadness.”

Neil Coyle said he would be joining her on Friday to give his support: “Mariama is sadly just one of the mums in Southwark who have lost children to knife crime without seeing anyone brought to justice.

“Nationally nine in ten crimes currently go unpunished and the Government has denied the Met funding for more than 4,000 additional police officers that the Home Office was told to fund.

“This disgraceful situation is unsustainable and Mariama deserves justice.”

Anyone with information should contact the independent charity Crimestoppers completely anonymously on 0800 555 111 as callers are not even asked for their name.