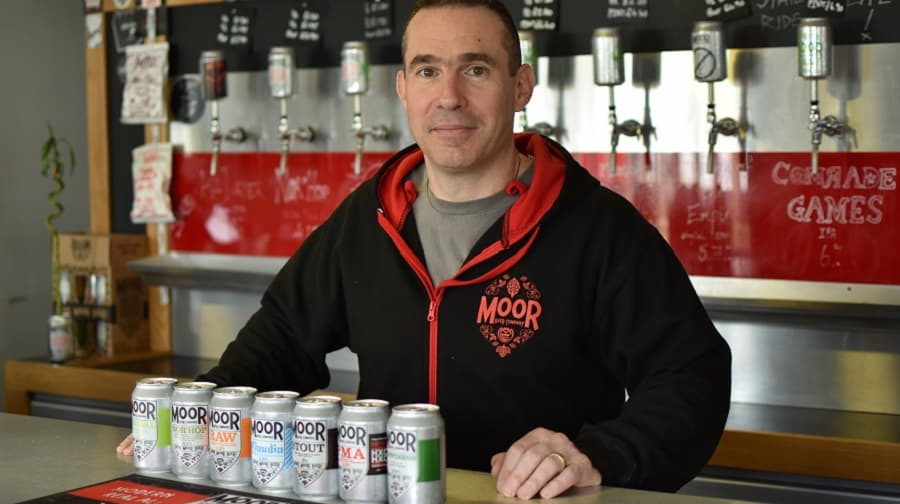 Located on the Bermondsey Beer Mile, Moor Beer will host the second annual I Want Moor festival, with this year’s focus on beers from the Franconian region of Germany.

Over the weekend of August 10-12, Moor Beer’s Bermondsey Vault will have their collection of modern real ales, their first lager, as well as an estimated 50 casks of Franconian beer imported to the UK – some for the first time.

The head brewer Justin Hawke, who was named ‘Brewer of the Year’ at the British Guild of Beer Writers’ awards in 2017, is travelling to Germany along with Franconian beer expert Manuele Colonna in order to hand select the beers which they will bring back to the festival.

Franconia is an area in northern Bavaria, home to hundreds of small breweries, and one of the last places in Germany where beer is served directly from the cask.

“The beers aren’t clarified in any way,” said Hawke. “That makes the beers softer and fuller, but they don’t really travel since all the beers are sold locally in pubs.”

“This means that for first time, some of the beers will leave the region and be poured in the UK.”

Hawke is originally from California, and was introduced to home brewing by an officer while he was at Westpoint.

“I fell in love with beer as a kid,” he continued. “My dad used to give me a taste of everything. Later, when I was stationed in Germany, I was got to travel the continent to drink beer.”

Moor Beer’s main focus is on modern real ale: influenced by intense, hoppy beers from California, naturally hazy ales in Germany, as well as secondary fermentation and well-balanced, drinkable beers from the UK.

However, this year the brewery launched their first lager, and is also working on a barrel aging project.

“The first ten years we nearly only did ale,” said Hawke. “I always had this passion for German lagers though, and we just waited until now so we could do it correctly.”

The barrel aging project, taking place in the Bermondsey Vaults, involves storing beer in barrels that previously held another alcohol.

“We age the beer for a period of months or years,” explained Hawke. “Right now we have a double stout in whiskey and rum barrels, and some of those flavours will transfer to the beer.”

The I Want Moor beer festival is free to attend; there will be street food vendors, and both meat and vegan options will be available. The Facebook event is here.