The fifth incident reported in just five days, all bearing striking similarities, but police can't confirm they were linked 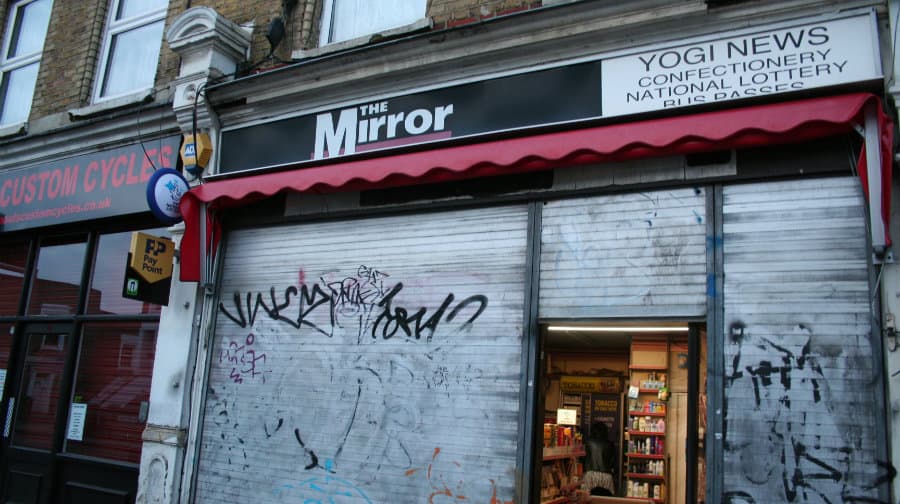 Moped-driving thieves have raided shops in Dulwich and Peckham just days after a string of phone robberies in the area.

A Post Office-and-shop in Crossthwaite Avenue near Denmark Hill had a stash of cigarettes burgled on the afternoon of Thursday, April 7.

Hours later, a hard-working couple woke to the frightening sound of three thugs tearing through their shop, Yogi News in Bellenden Road.

Nyan Patel, 54, told the News he was disturbed by shattering glass in the early hours of Friday morning, and discovered his till had been emptied, with thousands of pounds of cigarettes cleared from his shelves.

“At first I heard all this smashing and the sound of glass breaking,” the shop owner said.

“But I thought it might be just another accident like you often get around here. But then I heard it again, so walked to the bedroom window.

“There were three kids and two motorbikes and they were smashing through my shop.

“I ran downstairs to investigate. One guy ran straight out the shop. Another guy came from behind the till and shot off.

“A third guy was waiting at the window the whole time, then they sped off.”

Nyan, who has managed the shop with his wife Chetna for 30 years, described the crooks as “young looking” but well-built.

“They were all wearing motorbike helmets and had black or grey overalls or bike gear on. But it was pitch black and I couldn’t see their faces or their skin,” he said.

“One of my neighbours has CCTV and we watched what happened. It was all over in five minutes. You can see they used some big wire cutters to get our shutters open, and then bashed down the windows with this massive grey block they left behind.

“It’s so shocking because they were so young and they did it so easily. They looked like they knew exactly what they were doing.”

Having counted the damage, Nyan believes over £3,000 was lost from the brazen raid, only £200 of which was from the till.

Meanwhile a very similar raid was hatched upon the shop in Dulwich.

At 2.46pm two burglars also smashed through the shop’s front door and quickly stuffed a bag full of cigarettes, also estimated to be worth thousands.

The two then made their escape on a vehicle believed to either be a motor-scooter or a moped.

The Met Police have confirmed the details of the two cases, and so far no arrests have been made.

A police spokesman said: “At this time there is insufficient information to link the two offences, however there clearly are similarities and the investigating team are looking into this possibility.”

Last week the News reported three incidents, where mobile phone were snatched out of three pedestrians’ hands, all of which took place in Dulwich on Monday, April 4.

Anyone with information about the incident can help police with their enquiries by calling them on 101.

The huge slab that thugs used to break into Yogi News