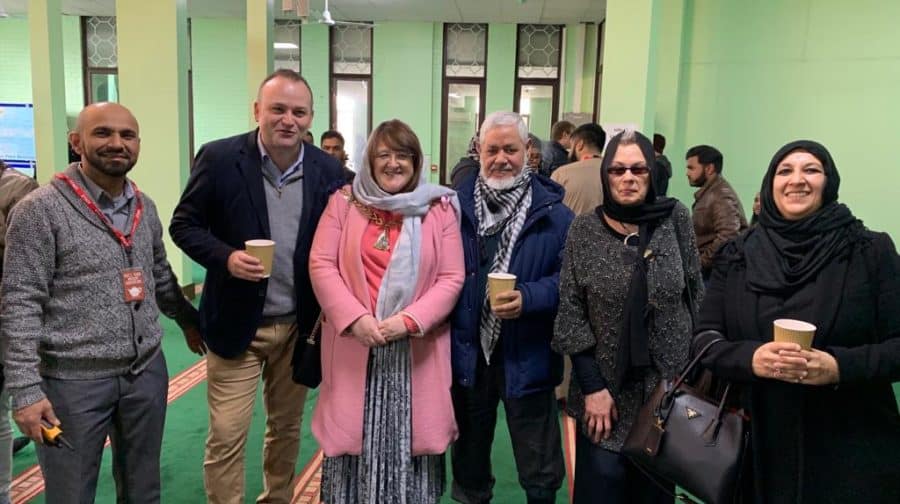 Over five hundred people attended a pre-planned open day at an Elephant and Castle mosque days after the New Zealand shooting in a show of solidarity.

The mosque threw open its doors to the public with a series of stalls to answer common questions about Islam.

Figures of different faiths and politicalfrom all  backgrounds attended the event in a show of support with the Muslim community.

“New Zealand, I think it strengthened everyone’s resolve and solidarity,” said Mohammed Uddin, one of the mosque’s trustees.

“More people came than would have, and the response was more intense.

“The mosque is a place of worship, everyone was praying for them [the victims], especially at Friday prayers, we made a special mention of it.” The Dean of Southwark Cathedral also attended the mosque to offer “condolences” said Mr Uddin. “We were very thankful for the concern he’s shown.”

Musharraf Chaudhry, chair of the Southwark Multifaith Forum, added it was comforting that people of all faiths and none took the time out “to be with us supporting us and comforting us at this very emotionally difficult time.”

“People came from the Cathedral and local churches came in large numbers and were amazing.”

Stalls debunked common myths about Islam said Mr Chaudhry, with some attendees not previously realising “how dearly we hold Christ in the Islamic faith.”

“People fall into the trap of ‘them and us’”, Mr Uddin, one of the mosque’s trustees, added.

“It’s a narrative we don’t have control over but we’d like to try to change it.”