Mother and son turn detective to save home 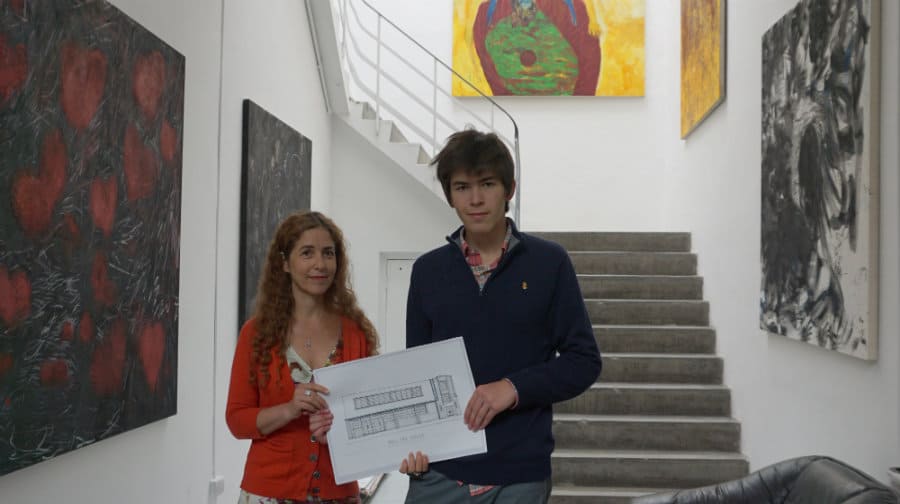 A mother and son have turned history detectives to stop their home being demolished by property developers.

Gabriella Kardos bought her flat in Rollins House  in 2000 and is now fighting plans to knock it down as part of the ‘New Bermondsey’ project around Millwall stadium.

Faced with the might of developers, Renewal, Gabriella and her fifteen-year-old son, Sami, took to the local library to mount their defence.

In order to prove their home in Rollins Street has ‘historic value’, the duo scoured old maps of the area and commercial directories and even tracked down their neighbours of the past who could date the building back to 1937 – instead of 1947 as claimed in Lewisham Council’s planning documents.

Sami’s two years of research found that Art Deco-style Rollins House was originally part of plastics manufacturer, Ebonestos, which supported the war effort by producing aircraft parts. Between the ‘30s and ‘80s Rollins House was used by British Homophone as a record pressing plant, according to Sami.

An overarching planning application for the whole New Bermondsey development was approved in 2012, but excluded Rollins House. Renewal then submitted a further planning application in June last year to demolish it and adjoining buildings in order to build sixteen new flats.

Lewisham planning committee postponed their decision in November last year after hearing from Gabriella and Sami about the possible heritage of the building and is due to reconvene today to make a decision on Rollins House.

The council’s own historian could not locate the building on a pre-war map and concluded that the Ebonestos factory existed behind a row of Victorian terraced houses where Rollins House stands today, which he dated back to 1947.

Sami and Gabriella have one more card to play though – witnesses who say their family worked in the old building will ‘give evidence’ at the meeting dating it back to the 1930s.

Steve Keeley, who grew up opposite Rollins House, will speak of how he remembers playing outside the building as a child and when it was subject to an armed robbery. “The villains hid in a small cupboard under the main stairs overnight until the wages van pulled in and held them up, scaring the living daylights out of a friend of my aunt. I guess having a sawn-off shot gun pointed at your face does that,” he said.

When consulted The Twentieth Century Society said they felt to building to be of “considerable local interest. Not only is this based on its rich history in terms of the role it played during the war, but also as the HQ to the British Homophone Company and later the Decca Record Company. In our view it is undoubtedly of local historic interest.”

A spokesperson for Renewal said the heritage consultant they appointed deemed Rollins House to be of “little historical, aesthetic or communal value to the area” as it had been “significantly altered” since it was built. “In addition, there is no conclusive evidence of a pre-war construction date or involvement of a known architect,” they added.

“Furthermore, the council officer’s report recommends that planning permission is granted to redevelop Rollins House to create a mixed-use building creating much needed addition homes and jobs, which will considerably improve the local area and fit in with the wider aspirations of the consented New Bermondsey masterplan.”

Gabriella and Sami outside Rollins House

Southwark NewsNewsMother and son turn detective to save home