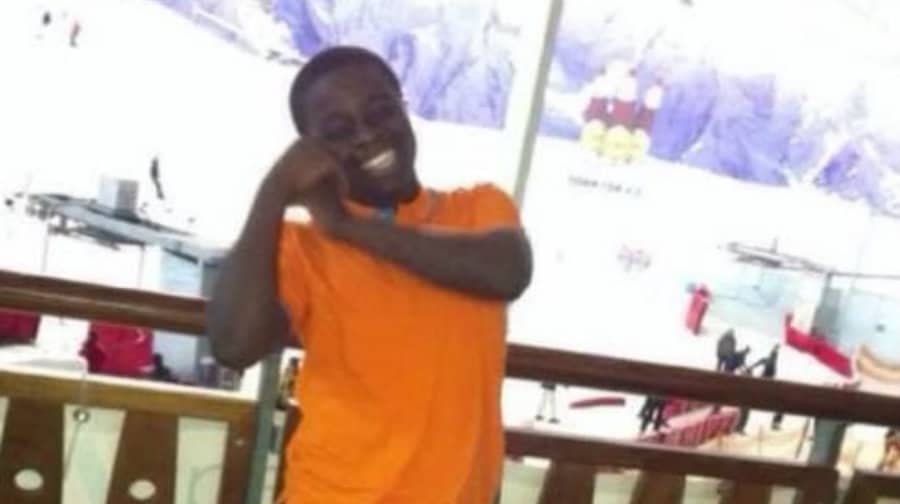 The grief-stricken mother of a murdered teenager has told the News she wants to look in to the eyes of her son’s killer and ask them how it feels to have taken the life of her “good boy.”

Mohamed Dura-Ray was ambushed by a large group last Monday night and died of multiple stab wounds shortly before 11pm in Canterbury Place on the Newington Estate.

Seven men, between the ages of sixteen and 54, were arrested after the attack but they were all bailed as the police met a wall of silence in response to their enquiries.

Speaking to the News, Mo’s mother, Mariama Kamara (aka Baby Leigh) pleaded with her son’s friends to come forward with information to help find the perpetrator.

“I just want to see the one that killed my son, look him in the eye and say ‘you put pain in my heart – I’ll never see my boy again’. I want to ask them ‘How do you feel about taking somebody’s life?’ I want to bring his killer to justice,” said the mother-of-three who lives in Kinglake Street in Walworth. “If you were a friend of my son you have to come out and say something – tomorrow it’s you too,” she added.

Mariama also appealed to the parents who may be protecting their children to turn them in.

“Let them see the truth and bring their children to justice. The children who killed my son could kill someone else,” she said.

Left completely “heartbroken” by the loss of her sixteen-year-old son, known for his caring nature and beaming smile, Mariama said she cannot understand why Mo was targeted.

“He was a peacemaker when anyone had problems. He was caring, a good boy,” she said with tears in her eyes.

Members of Mo’s family agree that the dutiful boy who helped his mother shop and clean and looked after his younger sister, was never involved in any violence.

“The way I brought up my children, they are not that way,” said Mariama, who showed the News a letter of condolence from Surrey Square Primary School where Mo was a pupil and continued to visit as he got older to help younger children.

The family has set up ‘Mo’s Foundation’ to help tackle knife crime from within the community and is planning a series of events to raise awareness and raise funds.

In the meantime, Mariama said she thinks the police should be allowed to increase the number of stop and searches they carry out.

“Let them stop and search all of them, black or white, from eight years old,” she said, adding that she also believes the punishment for carrying a knife should be greater.

Detective Chief Inspector Graeme Gwyn is leading the investigation into the murder of the “smart” Globe Academy student, who dreamed of being a footballer but planned to be a solicitor.

On Monday night, his officers returned to the scene and conducted more house-to house enquiries.

“There may be people within this community who have information about this incident but have yet to speak to police. I would encourage these people to contact police and provide us with that information,” he said.

“All information provided to my officers is also treated in the strictest confidence. Please help us to bring Mohamed’s murderers to justice and reduce the potential for violent crime in your area,” added DCI Gwyn, who also advised anyone with information that they can contact the independent charity Crimestoppers completely anonymously on 0800 555 111 as callers are not even asked for their name.

Mo’s Foundation will say ‘drop the knives, save lives’

Mohamed Dura-Ray’s devastated family and friends have set up the Mo Foundation to tackle the roots of knife crime in their community.

Michael Mansaray, 16, has organised a fundraising event to be held on what would have been his friend Mo’s seventeenth birthday to tell as many young people as possible –”Think before you act.”

“This is the fifth friend I’ve lost from this lifestyle. If we can get as many people there on that day as possible we can get the message out,” he said.

Michael has had T-shirts made up to sell at the event, which have a picture of Mo on the front and the slogan, ‘Drop the knives, save lives’ on the back.

Tickets for the comedy and live music show at Inspire the Crypt in Liverpool Grove will be sold at £10 each (£5 concessions) and all monies raised will go towards Mo’s funeral costs.

A second event on October 3 in Surrey Square Park will endeavour to “discourage young people in the community from carrying on with this undesirable behaviour.”