Mothers Against Guns UK founder back campaigning after health scare 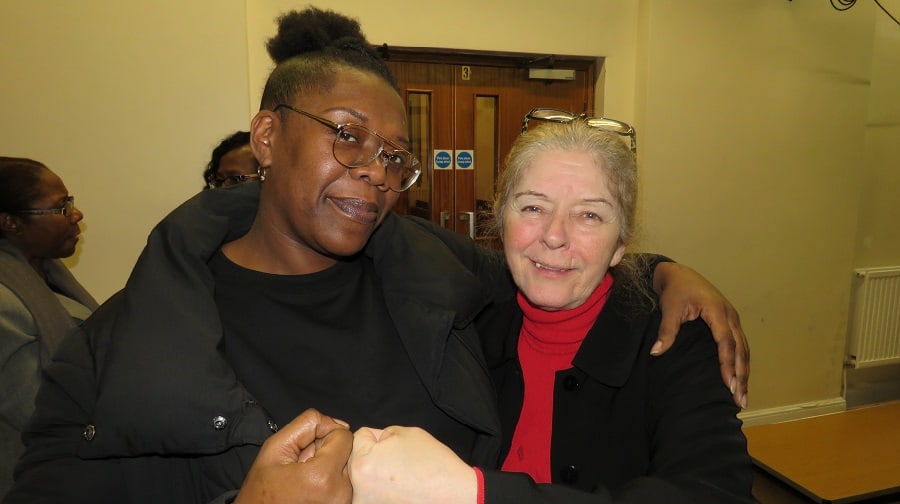 Gun crime campaigner Lucy Cope is renewing her campaign for ‘life means life’, and calling on the government to increase the mandatory sentence for firearm possession in public to ten years, as violent crime escalates across the capital.

Ms Cope, who founded the UK chapter of group Mothers Against Guns, became a prominent anti-firearm campaigner after her son Damian was shot dead in 2002 outside a central London nightclub.

In 2004 Mothers Against Guns successfully lobbied the government to make it an offence to carry a replica gun in public, and set a mandatory sentence of five years for illegal firearm possession.

In recent years she had taken a step back from campaigning due to a health scare, but a spate of violent deaths and gang-related violence across London compelled her to campaign again.

Now back to health, an energised Ms Cope told the News: “I’m coming back with fire and I’m ready to take this campaign all the way to the top to Theresa May – I’m not afraid.

“We need to find out who is bringing arms into this country.

“Weapon trading is big business and it is not just happening in Peckham or London.

“Gun and knife crime is happening in Birmingham, in Nottingham, in Leeds and I can’t turn my back on it.

“If we don’t fix it we’re looking at London becoming the Bronx.

“The minimum sentence for possessing a firearm in public should be ten years – and life should mean life.

“Losing a child has a ricochet effect on the whole family.

“We’re the ones living a life sentence, and the grief kills us – mentally and physically.”

Ms Cope was joined on stage by Yvette Graham-Brown, whose son Javarie  died ten years ago to the day, and Ms Iffat Rizvi from Mitcham, whose daughter, Sabina, was shot dead just minutes after leaving a police station in Bexley in 2003.

The event also saw a heated debate take place about the ethics of stop and search.

Hi Janice it’s me Jonesey !!
I’m so glad to see you are active again !
I’m sorry to hear about your health and hope you are on the mend.
Please get in touch via my email address it would be great to hear from you again.