Motorbike chased by police crashes into woman in Sydenham 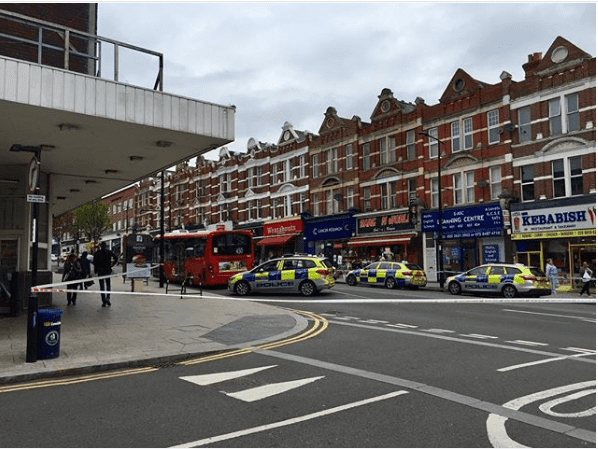 A female pedestrian has been rushed to hospital after being hit by a motorbike chased by police through Sydenham.

The collision happened at 11.45 this morning on Sydenham Road.

Police confirmed that a motorbike rider was pursued by a marked police vehicle after it failed to stop for officers.

The motorbike struck a woman in her 50s, who was taken to hospital.

Police say her condition is not life-threatening or life-changing.

The motorcyclist, aged 28, was also injured in the crash and police say they are waiting for an update from the hospital on his condition.

He was arrested on suspicion of failing to stop for police.

An eighteen-year-old man and a 24-year-old man were also arrested, on suspicion of obstructing police, and are in custody in a south London police station.

As a matter of protocol, , the Met’s Directorate of Professional Standards was informed and has made a referral to the Independent Office for Police Conduct.

Road closures are in place while the emergency services respond to the situation and police enquiries are continuing.

A212 Sydenham Road is closed in both directions at Queensthorpe Road (near Sydenham station) due to a collision and ongoing police investigation.

Southwark NewsNewsMotorbike chased by police crashes into woman in Sydenham