A large area of New Kent Road remains cordoned off 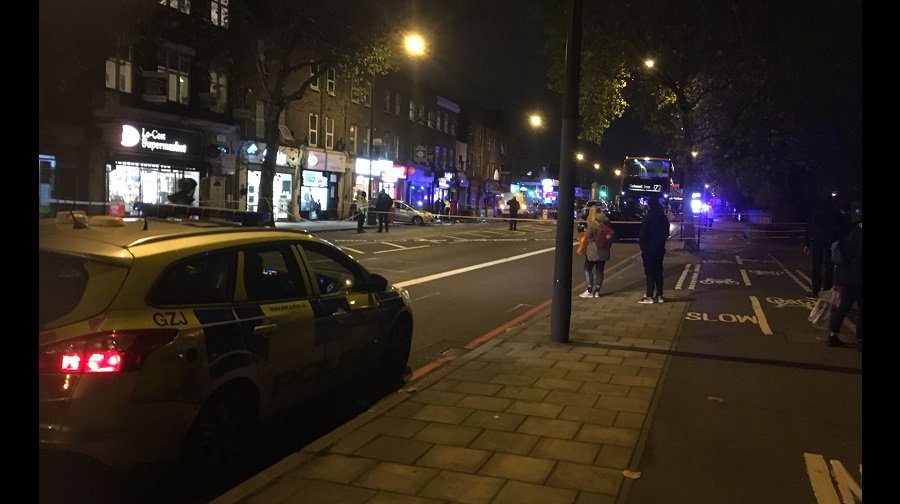 A 22-year-old male motorcyclist was killed yesterday (November 23) in New Kent Road, after a collision with a van.

A pillion passenger riding with the motorcyclist and a pedestrian were also injured in the collision.

Police have confirmed that the incident happened at 4:23pm by the junction with Balfour Street.

An air ambulance was called, but the young man was pronounced dead at the scene by paramedics at about 5pm.

A statement given yesterday by the Met said: “Despite efforts to resuscitate the motorcyclist – a man believed to be in his 20s – he was pronounced dead at the scene.” They later confirmed his age as 22 and said next of kin had been informed.

The pillion passenger was taken to a south London hospital with injuries that were not life-threatening.

A large area of New Kent Road was cordoned off, but reopened at about 1am today.

James Martin, an eyewitness who was at the scene at 4:30pm yesterday, told the News: “When I got off my bus there was no police cordon. They had just arrived.

“There was a van in the middle of the road.

“There was a man on the floor next to a postbox. People had gathered around him but he appeared lifeless.

“One other person was receiving CPR and the other was conscious but laid on the ground holding the hands of members of the public.

“There must have been 40-50 people filming on their phones, which wasn’t good to see.”

A Walworth resident who asked to speak anonymously said: “I got there at about 8pm. I could see a forensics tent outside Maxy’s chicken shop.

“The area that was taped off seemed to go from the big roundabout at the bottom of New Kent Road [The Bricklayers Arms] all the way to the Tesco Express.”

The van driver stopped at the scene and is assisting police with their enquiries.

Officers from the Met’s Serious Collision Investigation Unit remain at the scene. No arrests have been made.

Police have asked that anyone who witnessed the collision, or could have any information that could assist them, should call 101.

This story was updated at 11am on November 24.