Motorcyclist taken to hospital after collision in Bermondsey 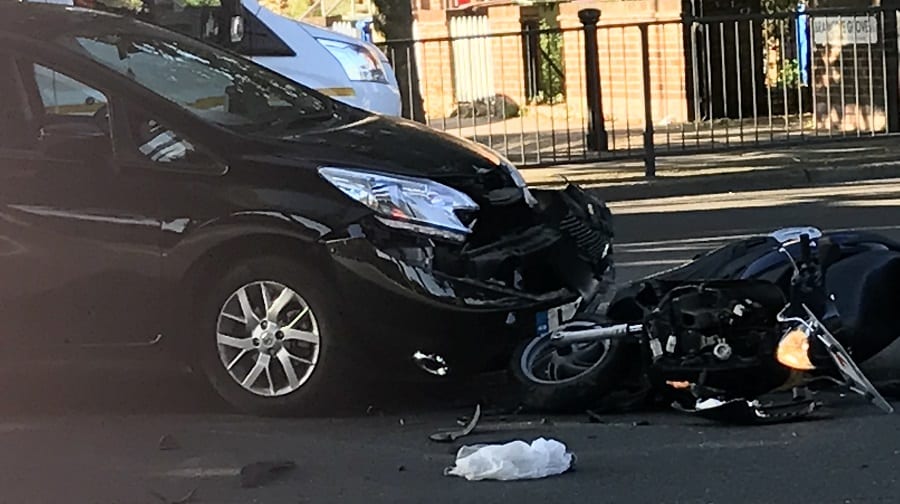 A motorcyclist has been taken to hospital after a collision with a car in Bermondsey.

The crash happened at about 9am near the junction with Rotherhithe New Road, and was attended by police, ambulance and London Fire Brigade.

An eyewitness, who got out of her car to help, told the News: “The motorcyclist said he had a pain in his back and he was closing his eyes, and going in and out of consciousness.

“Both the car and the bike were smashed to pieces.

“The fire brigade came because there was loads of oil from the bike leaking.

“The car driver was a woman in her forties and seemed really shocked. The motorcyclist was 36.”

The eyewitness added that traffic was diverted around the vehicles, and continued to flow normally.

The police have been asked to provide a statement.

Southwark NewsNewsMotorcyclist taken to hospital after collision in Bermondsey