Local politican from Walworth lived in Southwark nearly all his life 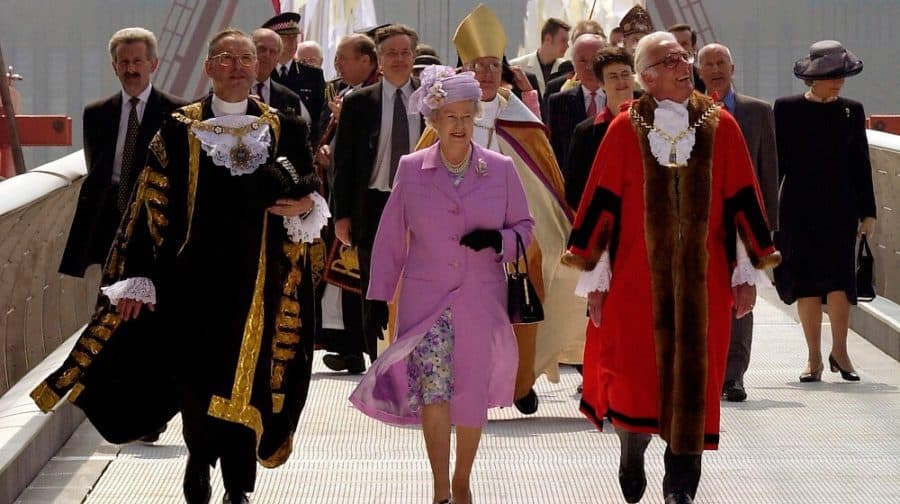 Charlie Cherrill as Millennium Mayor with the Queen on Millennium Bridge

Tributes have poured in for former ‘Millennium Mayor’ of Southwark Charlie Cherrill, who passed away last week after a short illness.

“He was proud to serve the borough in which he was born and spent almost his entire life”, he said.

Charlie, from Walworth, who was Mayor from 1999-2000, was known for his commitment to young people and encouraging them to get into politics, and support for Southwark Pensioners’ Centre.

Southwark Council leader Peter John said he would miss the optimism of a man he described as “the very best of Southwark”.

“He loved our borough, its people and its history.  And he always worked to make it a better place.

“He was the Mayor during the Millennium year and nothing sums up the spirit of that time and our borough’s new place in London than the picture of him walking with the Queen and the Lord Mayor of London over the Millennium Bridge.

“He looked so proud, and we were proud of him as our Mayor. He always remained active in our civic life and I shall miss his smile, his presence and his optimism.”

He leaves behind doting wife Josie, and children Matthew, Lynn and Anne.

Six million in funding announced for community projects in Southwark