Bermondsey: Moving tributes left to ‘beautiful soul’ who died after ‘falling from height’ from flats

'R.I.P to a beautiful loving soul, you will always be in our hearts, always and forever' 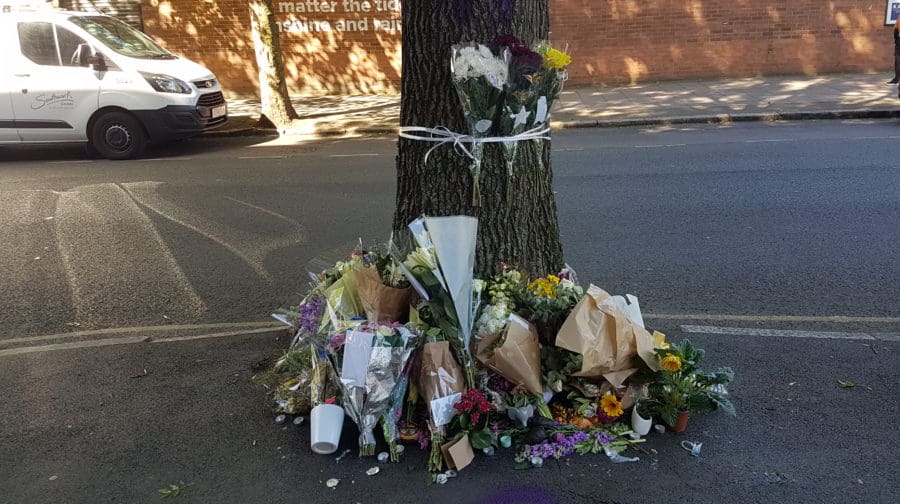 Flowers, cards and candles have been left at the scene where the man was found on Friday morning

Moving tributes have been left at the scene where a man died on Friday morning after ‘falling from height’ from a block of Bermondsey flats.

Candles, flowers and cards were placed at the scene where the man – named as Ryan in the tributes – was found in Marden Sqaure, just off Drummond Road.

The emergency services were called to the scene at around 5.20am on Friday morning, but he was sadly pronounced dead at 5.47am.

“R.I.P to a beautiful loving soul, you will always be in our hearts, always and forever,” read one moving tribute placed at the scene, attached to flowers, cards and candles.

“Heaven gained a beautiful soul,” added another, “I love and miss you so much, you didn’t deserve any of this.”

“You touched my heart from the first day, now it’s broken,” read a third. The scene as police cordoned off Drummond Road on Friday morning

Next-of-kin have been informed. The incident was being treated by the authorities in the days following the death as ‘unexplained’.

Police taped off sections of Drummond Road while they made their enquiries in the aftermath of the incident.

Officers were unable to give further details about the man’s identity.

Southwark NewsNewsBermondsey: Moving tributes left to ‘beautiful soul’ who died after ‘falling from height’ from flats