MP asks what happened to £6.5m given to King’s Hospital for mental health emergency room

Despite getting the massive grant in 2008, King's Trust apologises for the development taking "longer than expected" 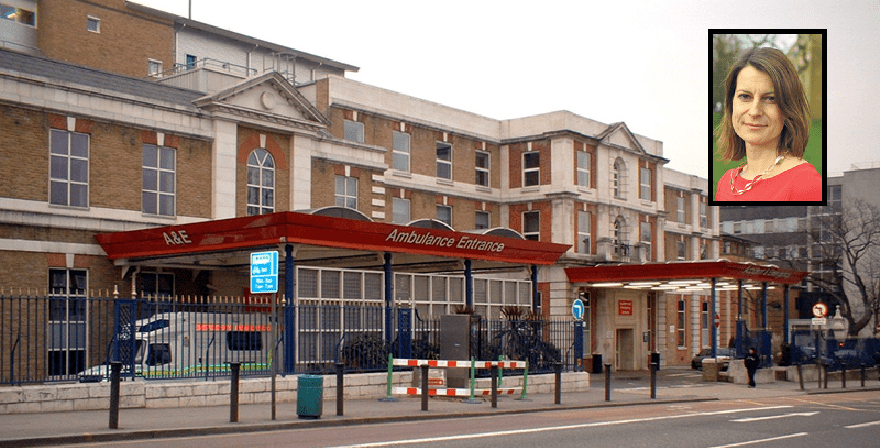 An MP has called on King’s College Hospital bosses to disclose what happened to £6.5m they received in 2008, after Maudsley Hospital’s mental-health A&E closed down.

Dulwich and West Norwood MP, Helen Hayes (pictured), has lent her voice to the Southwark Pensioners’ Action Group (SPAG), who are driven to see the mental health ward at Maudsley reinstated.

SPAG member Tom White says his many meetings with doctors and health professionals at King’s have consistently indicated the hospital struggles to cope with its volume of mental-health patients.

“SPAG is lobbying for the A&E to re-open as soon as possible,” Tom said. “The A&E at King’s College Hospital is not the right place for mental health sufferers to be treated when they are in crisis. The Care Quality Commission clearly states that mental-health sufferers must be treated in the right environment. A busy A&E such as King’s doesn’t fit this category.”

Ms Hayes has now turned her attention to a question also raised by SPAG, of what became of a £6.5m grant King’s College Hospital NHS Foundation Trust was awarded to help it facilitate the influx of mental-health patients since Maudsley A&E was closed.

“[The funding] was given on the premise of new facilities being opened at King’s A&E for those suffering a mental health crisis and needing a place of safety,” Ms Hayes said.

“What became of that money? Was it actually allocated? What was it spent on and why?

“There is also the absolute need for added emergency mental-health relief. King’s is one of the biggest mental-health units in the country, and in Lambeth we have the highest instances of people who suffer a mental-health crisis.

“I have written to the minister responsible for mental health and I have met doctors at King’s A&E and with the CEO of the South London and Maudsley Trust. I want to get to the bottom of why the emergency room wasn’t opened and I want to lobby the government to get it opened.”

A spokesperson for King’s College Hospital NHS Foundation Trust said: “We are sorry that the redevelopment of our Emergency Department (ED) has taken longer than expected.

“The bulk of the funding allocated to the project has been spent on completing the external building works, as well as reconfiguring the inside of the ED to better cater for the patients we treat. This includes for mental-health patients.

“We will complete the improvement works, but it may take time. One of the key reasons for the delay is the fact that we have to keep the ED running 24 hours a day, all year round. We now see over 450 patients a day, which makes completing even minor improvement works to the department a major logistical and practical challenge.

“We continue to have protocols in place to support mental-health patients who attend the ED. For example, we have a dedicated SLaM psychiatric-liaison team in the department 24/7, as well as a dedicated assessment room for mental-health patients. We are confident the improvement works, once finished, will improve even further the care we provide to this specific group of patients, as well as others presenting to the ED.”

Southwark NewsNewsMP asks what happened to £6.5m given to King’s Hospital for mental health emergency room