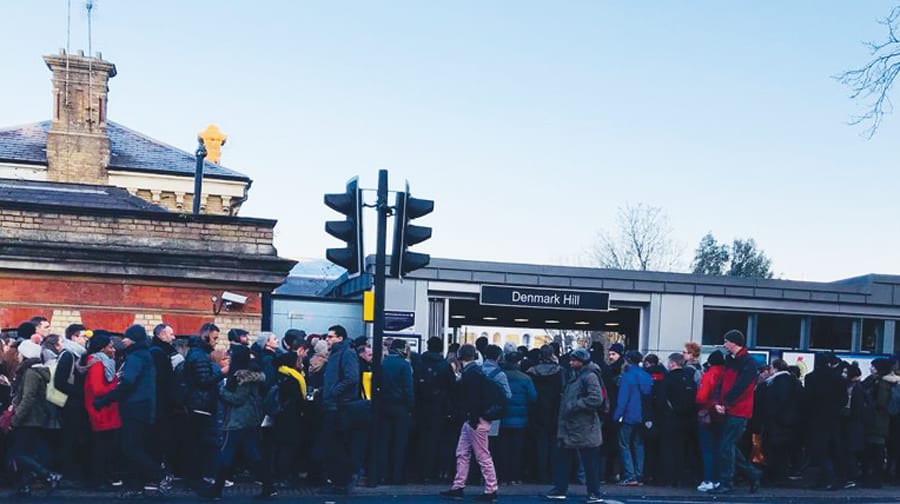 The meeting, on January 24, will also address the issue of installing a lift at Peckham Rye station to improve accessibility. Ms Harman tweeted about the issue last Thursday, after reports of severe overcrowding at Peckham Rye.

A spokesperson said that people first complained to Ms Harman about the overcrowding in early 2015, and that she saw it as “unacceptable that three years on people are still facing the same problems”.

Jasmine Ali, a Labour councillor whose ward includes Peckham Rye station, said: “Harriet is absolutely right to be concerned about overcrowding. Like her I have seen particular problems at rush hour and so urge Network Rail and GTR [Govia Thameslink Railway] to invest in improving access to both Peckham Rye and Denmark Hill stations so that local residents have the stations that they deserve.”

The tweet came in response to a photograph posted by commuter Craig Thomas, showing crowds gathered outside Peckham Rye station on Thursday morning. Mr Thomas described the morning as “chaos”, adding: “Not enough gates at the best of times and no staff manning them! Sort it out!” Mr Thomas, who uses the station daily, added: “This was a bad day, but there have been similar instances in the past. The infrastructure of the station is archaic and not suitable for the footfall.”

Similar scenes were posted at Denmark Hill station in December, when queues spilled out onto the street outside. One user, Caroline Carr, described the scene as “survival of the fittest commuter” in response to a similar photo from @camberwellblog.

A spokesperson for Govia Thameslink Railway said that they were “addressing the significant increase in passenger numbers at Denmark Hill and Peckham Rye, and the pressures that this causes on the stations, particularly in peak travelling times. They added: “Both stations are now priorities for investment to improve capacity.” They said that the service will improve in December 2019 when the frequency of Thameslink trains will double, thanks to a new Cambridge to Maidstone East route.