“But as an act of terror, it has failed, because we are here going about our businesses," Mrs Harman said 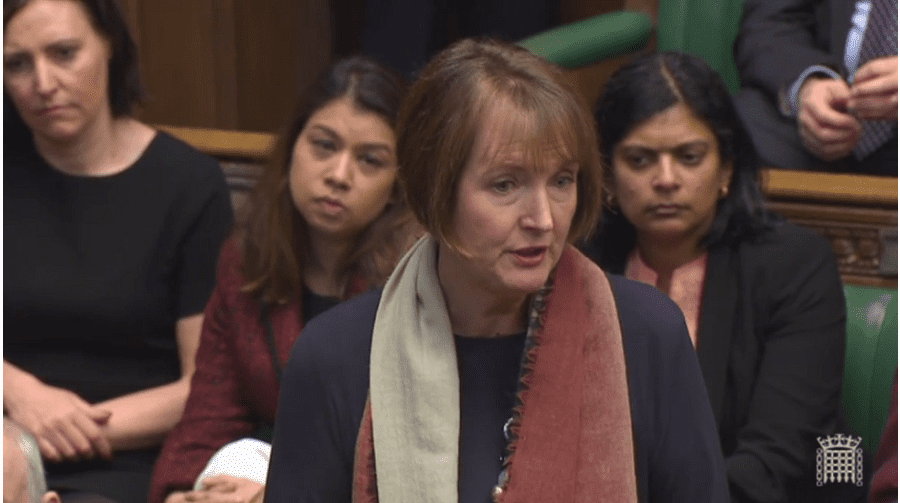 The House of Commons chamber is currently filled with MPs who have congregated to pay tribute to the fallen, despite the terrorist attack that claimed five lives on Parliament’s doorstep, less than 24 hours ago.

Speaking at 11am, Mrs Harman said yesterday’s act of terror “has completely failed”, as evidenced by presence of MPs and staff in Parliament this morning.

Her speech was as follows:

“Can I thank the Prime Minister for her words just now, and on the steps of Downing Street yesterday? At this very difficult and important time, she spoke for us all.

“We are so proud of the bravery of PC Keith Palmer, so sad for his grieving family, and so grateful for what he did to keep us safe.

“I would like to add my tributes to all the police here in Westminster, and Parliament staff who kept us safe with such calm and professionalism.

“I would like to pay tribute to the emergency trauma team at King’s College Hospital who are caring for the injured.

“This was a horrific crime and it has cost lives and caused injury.

“But as an act of terror, it has failed, because we are here going about our businesses.

“It has failed because despite the trauma they witnessed outside their windows, our staff are here and getting on with their work.

“It failed because as the Prime Minster rightly said, we are not going to let this be used as a pretext for division and Islamophobia.

“This democracy is strong and this Parliament is robust.

“This act of terror has utterly failed.”

The Prime Minister Theresa May responded to Mrs Harman’s speech: “The right-honourable lady speaks very well and I utterly agree with the words she has spoken.”