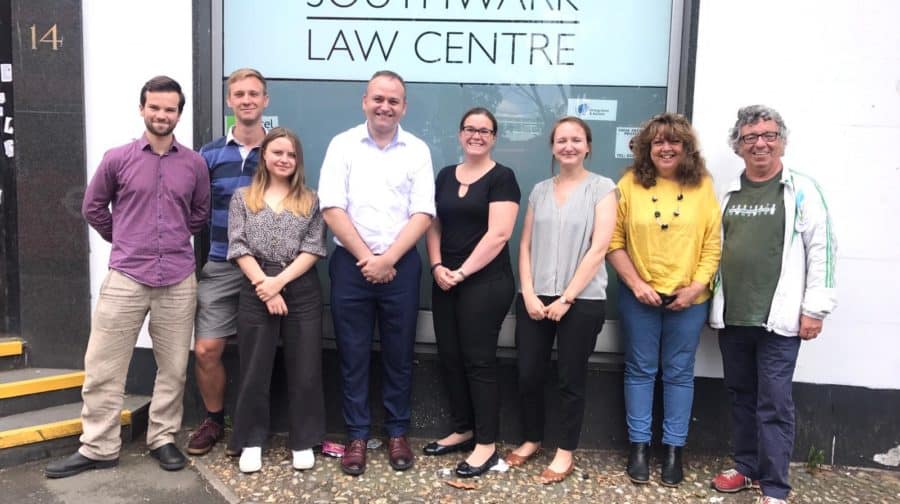 Neil Coyle visited Southwark Law Centre this week to pledge his support for legal aid and help the team support people in Southwark struggling with Universal Credit and the EU settlement scheme.

In 2012, the coalition government cut legal aid funding and severely restricted what type of cases could access funded advice and representation in court.

After concerns over a spiralling number of people forced to represent themselves in court, in July the Government announced it would hold a wholesale review.

More than a third of people in the UK live in a local authority without housing legal aid providers.