A standard reply from Downing Street said David Cameron is "too busy" to meet with murdered Mo Dura-Ray's mother. 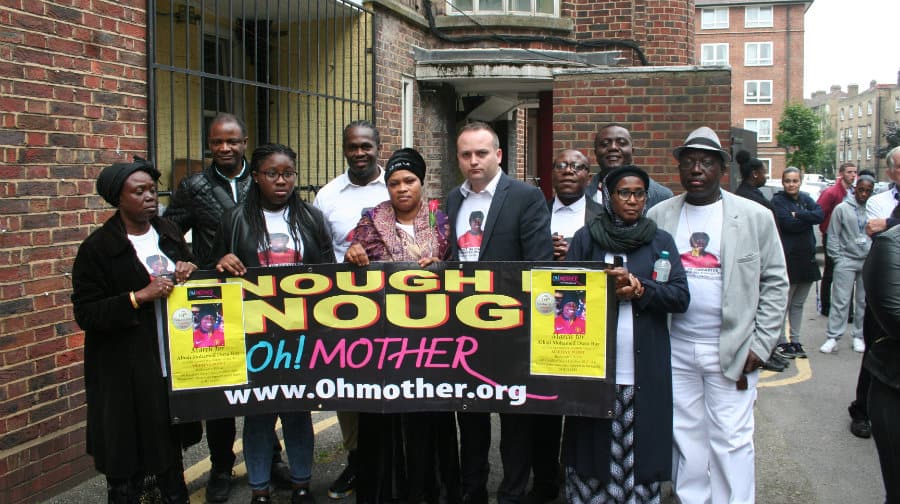 Bermondsey MP Neil Coyle says he received an “appalling response” from the Prime Minister after he requested a meeting on behalf of the mother of a murdered teenager.

Earlier this month Mr Coyle marched alongside Mariama Kamara and over a hundred supporters from the home of sixteen-year-old Mohamed ‘Mo’ Dura-Ray to the spot where he was stabbed to death last month.

Mariama wanted to appeal to David Cameron directly to put more police on the streets and increase the use of stop and search.

But Mr Coyle was dismayed to receive a standard reply from Downing Street saying the PM is too busy.

“They regret they can’t give time without even regretting Mo’s death,” Mr Coyle told the News.  “I’ll push further though, and press the Home Office too.”

Police were called to Canterbury Place Walworth on Monday, September 14 shortly before 11pm to a ‘large disturbance’ and found Mo suffering from multiple stab wounds. London’s Air Ambulance attended but the Globe Academy student was pronounced dead at the scene.

Southwark police confirmed to the News they are clamping down on knife crime in the borough with targeted weapons sweeps in areas where intelligence suggests offenders are hiding blades in public areas to avoid being caught in possession of a knife, targeted stop and search and the apprehension of known armed offenders.

The police are also working with community groups like Mo’s family to create an Anti Knife Crime Forum to work directly with people involved in, or affected by knife crime. Knife bins will also be placed around the borough for people to give up their weapons in a safe place.

Mo’s funeral will take place on Friday October 30. Buses will leave Alsace Road in Walworth at 10am to take mourners to the Greenwich Islamic Centre in Plumstead Road. Prayers will begin there at 12pm before the burial to take place at Kemnal Park Cemtery at 3pm. Family and friends are invited to attend a reception at Lettson Tenant hall in Vestry Road, SE5 from 4pm onwards.