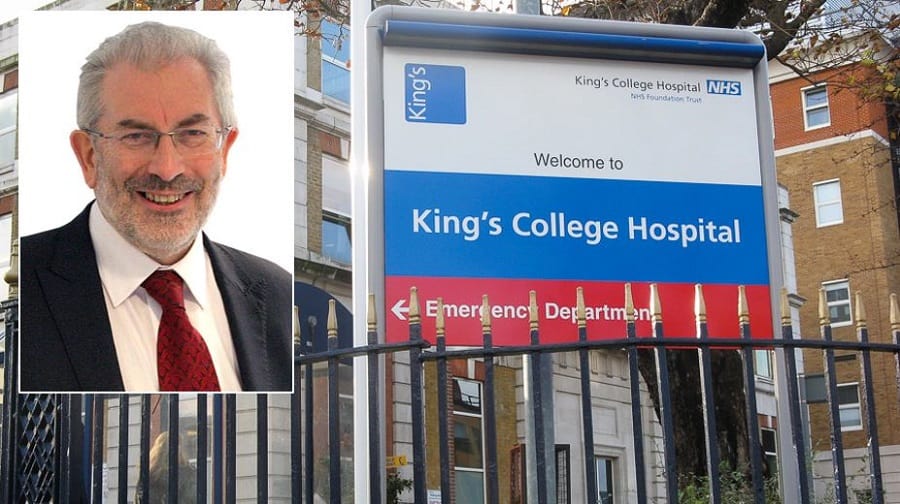 A pair of Southwark MPs have accused the Government of “scapegoating” King’s Hospital’s outgoing chair – blaming its struggles on an historic lack of funding.

Helen Hayes and Harriet Harman both hit out at the Government after Lord Bob Kerslake resigned as chair of King’s College Hospital NHS Foundation Trust just a day before it was placed into special measures for finance.

According to NHSI, King’s last week re-forecast an end-year deficit of £92 million. Lord Kerslake was quoted as saying that the “underlying annual deficit was in excess of £140m” when he became chair in April 2015.

He added that the trust had made savings of £80m each year over the last two years.

Regulator NHS Improvement (NHSI) said the financial situation of the trust had “deteriorated very seriously over recent months” and have appointed Ian Smith as interim chair.

But both Lord Kerslake, who was chair for just two years, and the MPs have blamed the trust’s issues, in part, on a merger which saw it take on the struggling Princess Royal University (PRU) and Orpington hospitals.

Speaking to the News, Dulwich and West Norwood MP Hayes said the Government needed to carry out a “complete review” of the trust’s funding.

“I think the Government has gone about this in completely the wrong way,” she said.

“I think that the root of the financial crisis in King’s goes all the way back to 2013 when King’s took on the two additional hospitals – both of which had major problems – and it became apparent that the funding the Government had allocated for the merger wasn’t enough.

“It was a massive problem to turn those hospitals around; that destabilised King’s and on top of that it’s had years of successive cuts.

“I think there is a unique set of circumstances around King’s combined with the increasing demand on services  driven a lot by the role Denmark Hill has as a major trauma centre, so there are more and more people coming into A&E and the funding hasn’t kept up with that.”

Camberwell and Peckham MP Harman asked health minister Philip Dunne to make a statement on the matter in the Commons on Tuesday.

She later told the News that the Government was “scapegoating” Lord Kerslake. MP Helen Hayes also made the same claim in the Commons.

“I think the problem under Bob Kerslake was not the leadership, it was the money and therefore you have the instability of the change of leadership without solving the underlying problem which is the lack of money,” she told the News. “You do not improve an organisation by cutting it to the bone.

“I think King’s should get the money it needs; it’s not about bailing it out or doing it a favour, it’s about providing it with the right level of resources for a world-class major teaching hospital which is also at the heart of a diverse community.”

Speaking in the Commons on Tuesday, health minister Philip Dunne said he was “happy to look at the circumstances surrounding what happened in 2013” – but added that they were “not as relevant to today’s situation as the way the trust’s financial management has deteriorated in recent months”.

Announcing his resignation on Sunday, Lord Kerslake called for a “fundamental rethink” about the way the NHS is funded and organised. NHSI said it had placed the trust in special measures to “maximise the amount of scrutiny and support that it receives”.

A King’s College Hospital NHS Foundation Trust spokesperson added: “We would like to express our deepest thanks to Lord Kerslake for his hard work and dedication not only to this trust, but to the core values of the NHS – putting patients first.”