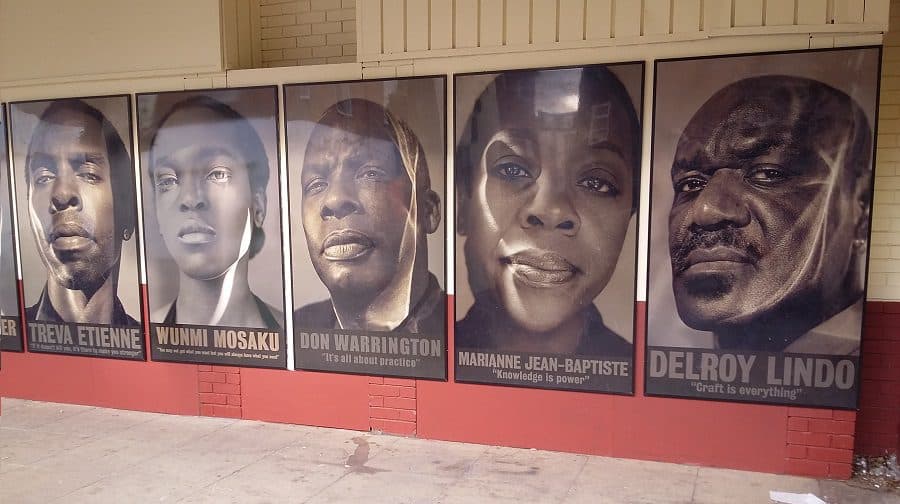 Peckham Portraits at their new home at the PeckhamPlex cinema

Portraits of black British actors that once lined Peckham Hill Street have been given a new home, on the walls of the PeckhamPlex cinema.

Earlier in the year, locals reacted angrily when the portraits were removed without notice from their previous home, on hoardings in Peckham Hill Street. It was later explained that they would be refurbished and relocated, as construction work began on the Mountview Academy site behind Peckham Library.

They were unveiled under an alcove by the cinema’s main entrance, also next to the stairwell to Frank’s Café, on Friday last week.

The portraits originally featured in a collection by Franklyn Rodgers called Underexposed, which was displayed in the National Portrait Gallery in 2008.