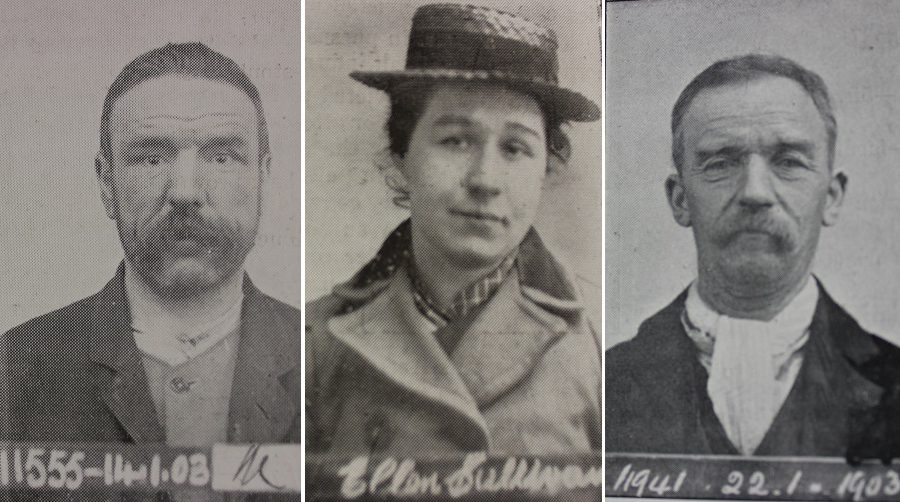 A new exhibition will shine a light on Edwardian London’s problem drinkers – including reprobates from Southwark, writes Katherine Johnston.

The exhibition, on display from October 27 at the National Archives at Kew, showcases the “Portraits and descriptions of habitual drunkards” issued by the police in 1903 to public houses across the capital.

In 1902, the government introduced a Licensing Act to prevent problem drinkers from being served. Police circulated mugshots of repeat offenders to landlords, to help crack down on drunkenness and alcohol-fuelled crime.

According to the National Archives at Kew, the majority of barred drinkers were women.

Ellen Sullivan, variously known as Ellen McCarthy and Ellen Carter, was aged 28 when she fell foul of the law. Ellen lived at 27 Lanfranc Street, on Westminster Bridge Road, and was employed at the Jam factory on Borough’s Staple Street.

Despite holding down two jobs as both a factory hand and flower seller, 4’11” Ellen was convicted at Southwark Court on January 5 in 1903. She was fined 20 shillings, or fourteen days’ imprisonment in the event of being unable to pay.

Forty-six year-old Annie King, who lived at 99 Mint Street, was convicted on January 27. Her occupation was listed as ‘charwoman’. Annie was regularly found in a drunken state around Southwark Bridge Road, and received the same sentence as Ellen Sullivan for her misdemeanours.

Borough Market worker William O’Shaughnessy, who also went by the name of John Walsh, lived at St Olave’s Chambers on Borough’s Sylvester Street and was often seen around ‘High-street, Borough.’ He was convicted on January 9, for one month, for drunkenness.

George Whelpley, a 42-year-old waterside labourer, was sentenced to six months in prison on January 8, after failing to find anyone prepared to stump up his bail money when he was arrested for boozy behaviour. Also going by the aliases of George Whatley and James Green, the notice advised that he ‘frequents Tooley-street’.

Alfred Fullerton, of 96 Southwark Street, Borough, worked in Piccadilly as a ‘street hawker’. Known for frequenting the Jermyn Street area, the Southwark-dweller was described as ‘poek-pitted, front teeth deficient in upper jaw, arms tattooed.’ He was handed a 21 day sentence on January 15.

For more information on the exhibition, go to: