“I wasn’t expecting anything, I just do it for the community," Mum says 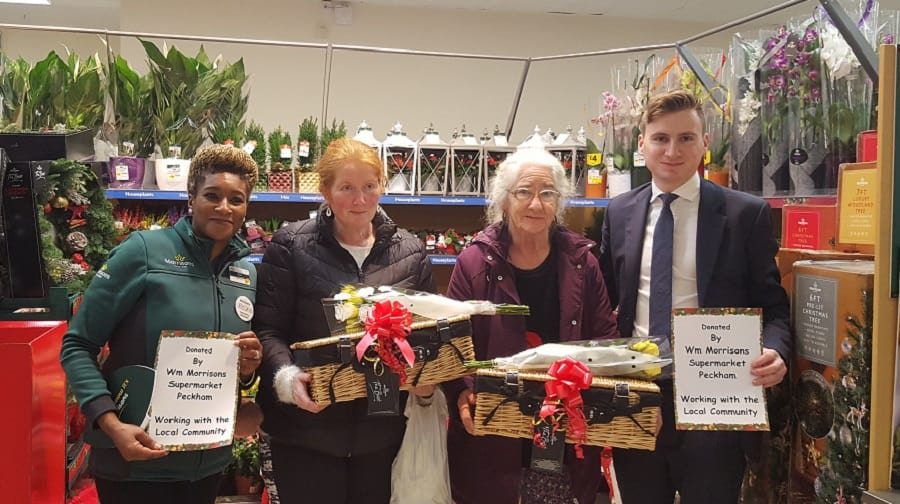 A mum and daughter who organised the Peckham Christmas Lights have been honoured by Morrisons for their volunteering.

The two have helped organise the event for the last three years, putting a lot of time into sorting the celebrations.

The Community Champion at Peckham Morrison’s, Rose Morgan, said that the presentation was “so their work doesn’t go unnoticed.”

Speaking to the News, Maureen said: “I wasn’t expecting anything, I just do it for the community. This is the good side of Peckham.

“Morrison’s is the only supermarket that’s there for the community. We really don’t want to lose it as they redevelop the area.”

Rose said: “It takes them a whole year to do this, and they continue through the ups and downs.”

The pair start preparing for the next event as early as March, organising grants, booking choirs and sorting out health and safety requirements.

The hampers they were given were from ‘The Best’ range, and included top of the range Morrison’s tea, coffee and marmalade, amongst other items.

Community Champion Rose added: “For people who do so much for them for the community, for them to have such a low profile… it leaves people wondering ‘who are these people, who arrange these great things for us?’”