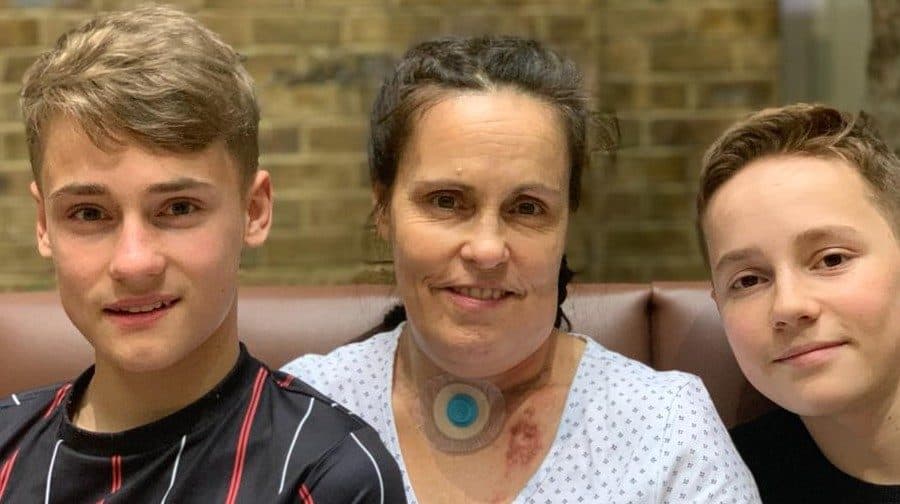 Annabel Lovick with her two sons

A mum of two who was diagnosed with cancer has made a recovery after her tongue was reconstructed at Guy’s Hospital.

Annabel Lovick, 48, was shocked to be told she had grade two tongue cancer earlier this year.

She underwent a complex surgery at Guy’s to remove the cancer and reconstruct part of her tongue which had to be taken away.

The mother, from Bromley, now wants to raise awareness of the condition, which affects around 8,300 people a year in the UK.

She first developed a lesion on her tongue a year ago. “I didn’t think much of it at first and tongue cancer never crossed my mind,” she said.

Initially she was advised that she did not need to worry about it. But a trip to the dentist changed that, as they advised her to have it checked out at Guy’s. 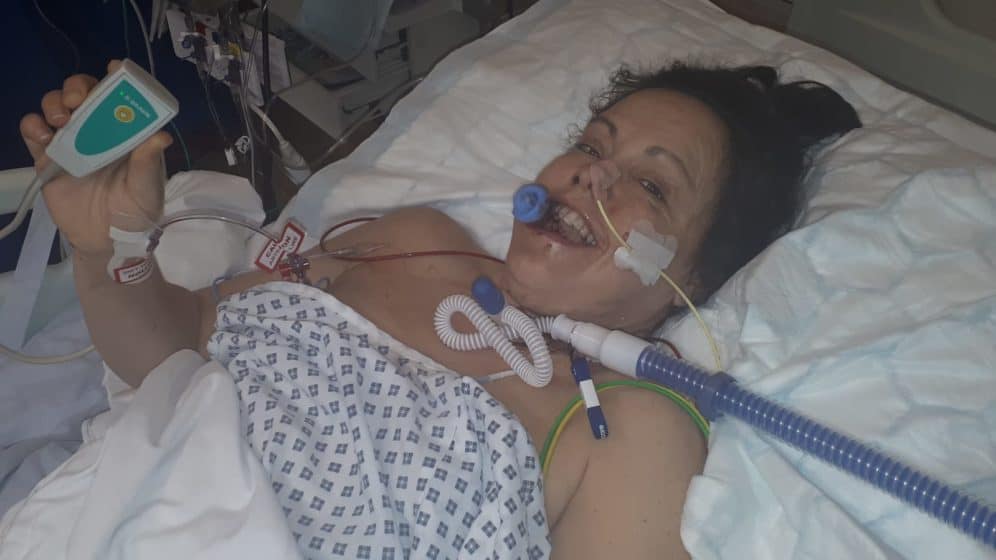 “I was told that I needed to have a big operation because the lesion was changing quickly and was the size of a small grape,” said the life coach.

“I would need around a third of my tongue removed through an incision in the neck, lymph nodes in my neck taken away, teeth removed and a tongue reconstruction using tissue from the back of my leg.”

After a gruelling ten hours of surgery, Annabel stayed in hospital for two weeks and needed tubing in her windpipe to help her breathe for eight days.

“It was removed once I could breathe through my mouth and it was like I had to learn to breathe again,” she said.

“At that point I could eat and drink, starting with yoghurt and mushed up food.

“I needed a mirror as I couldn’t feel my mouth or tongue, so I had no concept of how close to my mouth the spoon was. It felt like a foreign object in my mouth.”

Georgios Orfaniotis, the plastic surgeon who carried out the reconstruction, said Annabel had done brilliantly.

“Her early diagnosis means she has a very good chance of being cured. Seeing patients like her do so well makes the job very rewarding – it’s why we do what we do,” he said.

A pioneering method is used at the hospital where tissue from the calf is taken for the reconstruction, rather than the traditional method of taking it from the forearm or thigh, which does not match the thickness of the tongue.

This has better results, say doctors at Guy’s.

Annabel is now keen to raise awareness of tongue cancer among young people. “Check your tongue for any new lesions,” she said.

“Tongue cancer doesn’t only affect older people who smoke and drink and there needs to be more awareness of it.”

Mr Orfaniotis added: “We are seeing more and more cases of tongue cancer in young people and have operated on patients as young as nineteen.

“Some oral cancers are associated with the human papillomavirus (HPV) and conditions where the immune system is suppressed.

“It is worrying because young people need to be aware of it and look for any unusual signs and symptoms. This type of cancer spreads quickly so an early diagnosis is vital.”