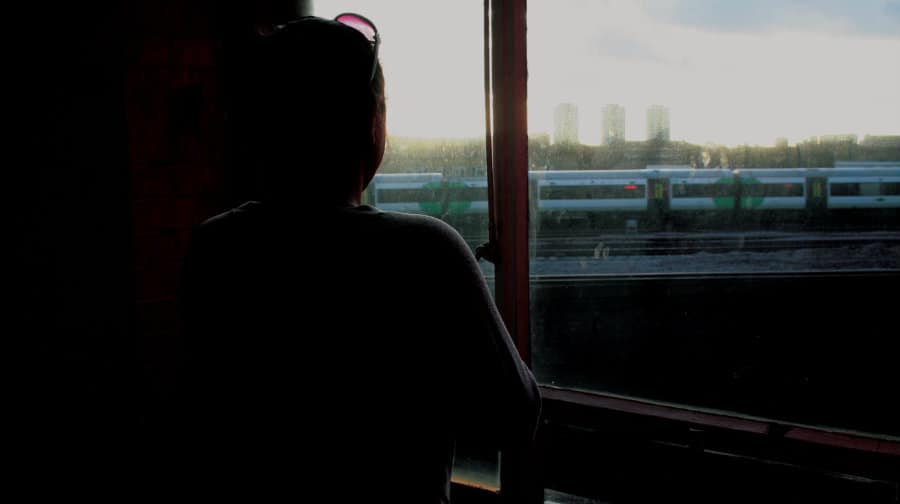 A mother-of-three being stalked by her ex-partner says she will be in a coffin rather than a new house if the council does not move her immediately.

The police and MP Neil Coyle have both lobbied Southwark to move Melissa Greenwood, whose name has been changed here for her own safety, as soon as possible.

When she first met her partner eight years ago, Melissa was very happy, but over the years, he became jealous and controlling, even regularly checking her used underwear for evidence of an affair.

“I couldn’t deal with it anymore,” said the 36-year-old, who had to call the police to have her partner removed from the family home.

Since then Melissa says he has not left her alone, constantly texting and emailing, breathing down the phone and, more recently, following her wherever she goes and staring at her through the window.

She has had to change jobs and is now desperate to move house, as he regularly breaks his bail conditions to stand outside of her home.

“You don’t know how it feels being watched all the time. I try to put on a happy face but I can’t do it anymore.

“I just want us to be safe and a normal family. I don’t want to have the stress every day knowing he’s there, looking out of the window and watching my back all the time,” said Melissa, who tried to take her own life last year.

“I thought it was the only escape I had so the kids could be happy and they wouldn’t see any more of this and I could get away from him.”

So far, Melissa’s ex has not been violent towards her, but she fears for her life if his behaviour gets worse.

“I think he could lose his head because he’s getting worse. I won’t need the house soon because I’ll be in a coffin – I have a feeling it will get to that stage,” she said.

Melissa is currently bidding for family homes on the council’s system but is asking to be given a direct offer of a property so she can be rehoused immediately.

MP for Bermondsey and Old Southwark, Neil Coyle, has been lobbying the council to move Melissa as soon as possible. “It’s been more than a month since I first approached the council and Melissa is still waiting for help,” he said.  “I know the council has lost millions in central Government funding since 2010 but providing sufficient help as quickly as possible in circumstances like these must remain a priority. I’ve asked for an explanation as to how services will be improved.”

Cllr Richard Livingstone, Southwark’s cabinet member for housing, said: “I sympathise with this family’s situation, and I can assure you that officers across the council are trying to find them a permanent new home.

“Suitable properties are not always available, and so we have also offered immediate temporary accommodation so that the family can move to safety away from their current home. I appreciate this might not be an ideal situation but clearly the family’s safety must come first, and we will do all we can to help. We will also be inviting Melissa to meet with officers from our housing and domestic violence teams to discuss her options,” he said.

Move Melissa to a different borough and jail him

hahaha? bidding ? are they punishing this mother for nothing? you could be bidding for years with no sucess fuck the council!