Mum of murdered Mo says “I don’t need your sympathy, I need you to talk to the police”

She said: "My son’s friends know who killed him - they need to tell the police" 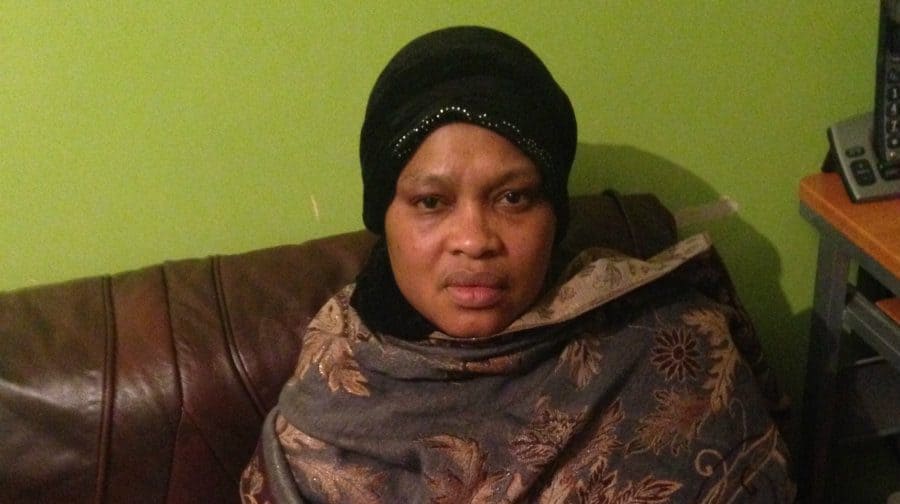 A grieving mother has sent out a stark message to those friends of her murdered son who are keeping the details of his death a secret – ‘I don’t need your sympathy, I need you to tell the police what you know.’

Mariama Kamara’s sixteen-year-old son Mo was ambushed by a large group and stabbed to death on the Newington Estate last month – but the police have met a wall of silence from those who witnessed the attack.

Speaking to the News, Mariama (aka Baby Leigh), said since her “good boy,” was taken, she has had many visits from his friends.

“They look at my face and I know some of them were standing there when someone killed my son but they don’t say,” she said. “They come and hug me like they feel sorry for me. They watch me cry, but they are hiding secrets. I don’t need a hug, I need them to come forward and tell the police who did this thing.

“If you loved him you should say something, but you don’t love him,” she added.

Police were called to Canterbury Place on Monday September 14 shortly before 11pm to a ‘large disturbance’ and found Mo suffering from multiple stab wounds. London’s Air Ambulance attended but the Globe Academy student was pronounced dead at the scene.

Seven men, between the ages of sixteen and 54, were arrested after the attack, but two were released with no further action to be taken and five have been bailed pending further enquiries.

Mariama previously told the News that the only thing she wanted now was “to see the one that killed my son, look him in the eye and say ‘you put pain in my heart – I’ll never see my boy again’. I want to ask them: ‘How do you feel about taking somebody’s life?’ I want to bring his killer to justice.”

Mo was a dutiful son who was known for his caring nature and beaming smile, so Mariama and the close family cannot understand why the aspiring footballer was targeted

“He was a peacemaker when anyone had problems. He was caring, a good boy,” she said with tears in her eyes.

Moving tributes were paid to Mo at a fundraiser for his funeral put on by his friends and family on Wednesday night last week.

It was standing room only at Inspire the Crypt under St Peter’s Church as young people wearing T-shirts emblazoned with the Mo’s Foundation motto ‘Drop the knives, save lives’ queued out the door.

Mo’s friend, Michael Mansaray, 16, who organised the fundraiser said though he has lost other friends through knife crime, “Mo’s death was different. I just really wanted to help.”

Mo’s cousin, Amie Fofanah, who co-hosted the event, said the pain she felt at hearing of his death was nothing to that of his mother. “A mother’s biggest sorrow is to bury her child.

That’s why we decided to do this,” said Amie. You never know the pain until it happens to someone close to you. I pray to God we won’t have to do this for anyone sitting here.”

The event raised £1,250 towards Mo’s funeral, which cannot be organised until his body has been released by the police.

Mo’s uncle, Alan Kamara, has set up a funeral committee to raise a total of £5,000 to pay for the service, “because a loving young man killed deserves a decent burial.”

Speaking at the event on Wednesday night, Alan said: “Mo has gone and we can never replace him. We will never get him back. The damage of death is irreversible.

Our challenge now as a community is to make sure there’s no more deaths of the young.”

Police who scoured the area around the murder scene in Canterbury Place have recovered a large number of weapons and are now using forensics to identify if any of them are the murder weapon or linked to the incident.

Detective Chief Inspector Graeme Gwyn, who is leading the investigation, confirmed that Mo was not in a gang and that his team were still trying to establish the motive of the killing.

CCTV close to the scene captures a group of around twenty people nearby. They seem to be relaxed until the incident occurs, drawing them out of camera view.

Officers are now going through hours of CCTV footage, to try to identify those who were at the scene who may be able to help the police with their enquiries.

“It’s an awful time for the family and we need help to get justice for them,” said DCI Gwyn. “Sometimes people have a misguided sense of loyalty with these things, but I’d just ask them to do what’s right for Mo and his family.”

Anyone with information can contact the independent charity Crimestoppers completely anonymously on 0800 555 111 as callers are not even asked for their name.

Southwark NewsNewsMum of murdered Mo says “I don’t need your sympathy, I need you to talk to the police”