'They just clean it off and paint over it' 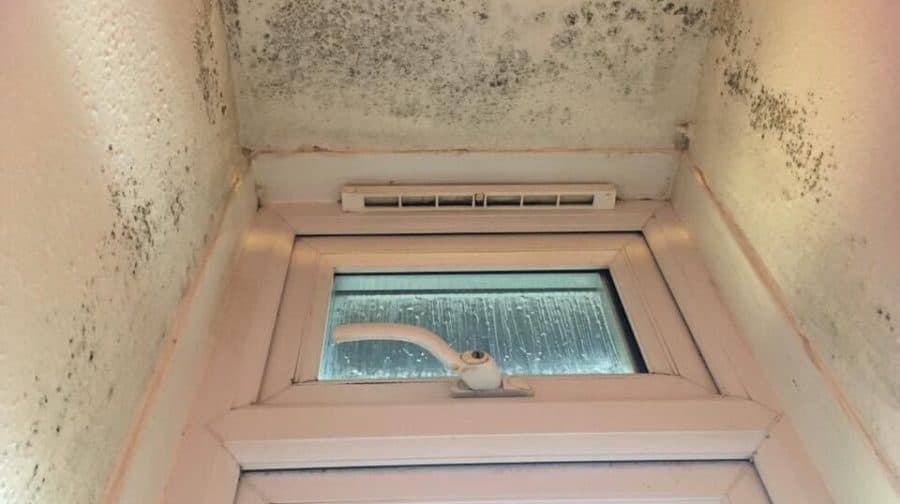 Mould around the bathroom window - with new ventilation slats

A mum of three living with epilepsy is now on antidepressants after six years of trying to get severe damp and mould fixed in her overcrowded Walworth home.

Thirty-three-year-old Katie Rowe moved into the one-bed East Street council flat in August 2015 shortly before finding out she was pregnant with her first child.

She claims after quickly finding black mould Southwark Council advised her to wait a few months and ventilate to see if it improved. After repeated calls explaining that ventilation was not the issue, in May 2016 Katie and her then newborn son had to move out for the day while contractors used chemical sprays inside the property to kill the mould. 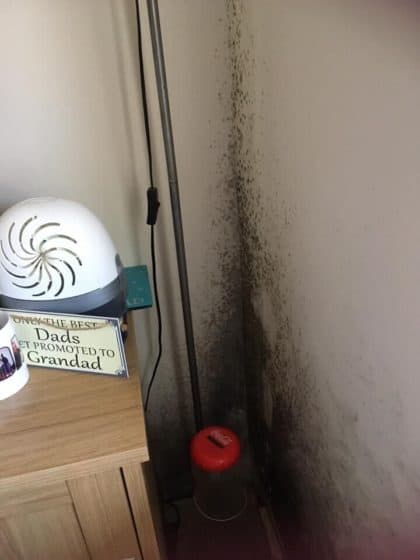 Black mould in the property

Since then more cleaning visits have taken place and more air vents have been added but the problem has only got worse – not better.

Shockingly, she is now living in the cramped property with three children but being stuck in band three has no idea when she will be able to move into a more comfortable home.

“They just clean it off and paint over it,” she said.

“I’ve had two more children since then, all with bad chests,” she added, describing the huge toll their living situation continues to have on her family’s health and wellbeing.

“I’m currently on antidepressants and I have epilepsy which can be triggered by stress. My sinuses are bad as well as my chest.” 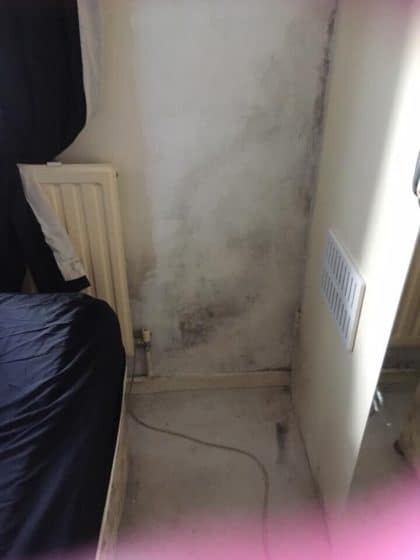 Black mould on the walls

She told this newspaper that she feels as if all her options have been exhausted, after pleading for help for years on end; even writing to Boris Johnson in a desperate bid to highlight her overcrowded and poor quality housing.

Remarkably, after making enquiries about her case, Southwark Council’s housing boss seemed to imply the issue was down to being unable to access the flat.

Councillor Stephanie Cryan, cabinet member for council housing, said: “We are aware of the issue with Ms Rowe’s flat and really want to help her.

“It’s very important that we are allowed access to her property so that we can fix the issue with a new ventilation system, which we have ready to go.

“A surveyor can also visit to do a full investigation into the matter as soon as we can arrange it with Ms Rowe, to ensure that this will permanently solve the problem.” 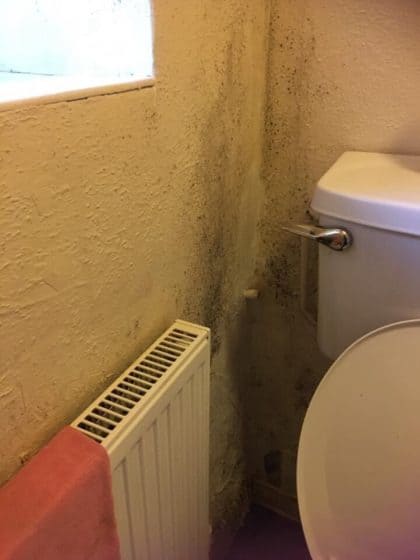 Damp in the bathroom