"I want to thank each and every one of you" 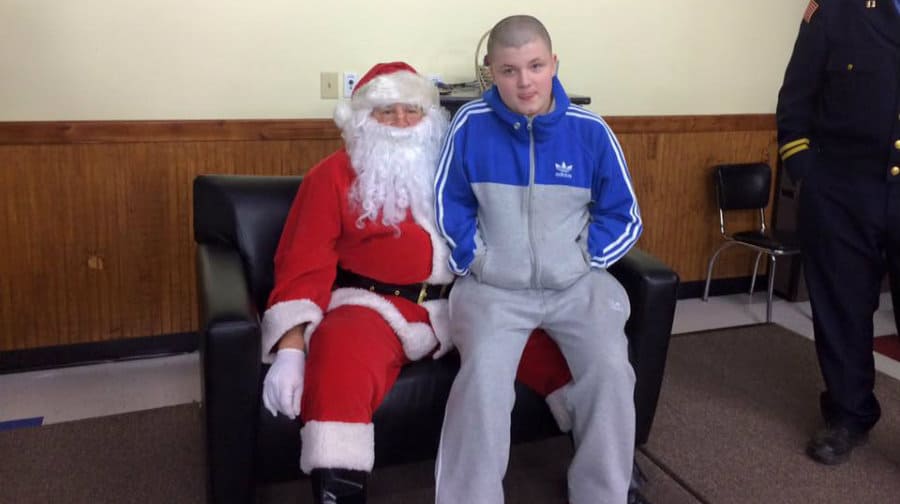 A grateful mum has sent a big thank you from America where her son is now able to get life-saving treatment on his tangerine-sized brain tumour, thanks to donations from generous News readers.

When doctors told Kelly Barrett, 35, that the only hope for her thirteen-year-old son Alfie was for him to get proton beam therapy in the States, she started fundraising to get her whole family out there before Christmas.

Thanks to thousands of pounds being donated in a matter of weeks, Kelly and her three children are now in America where Alfie is getting the treatment he needs.

Walworth Academy, where Alfie goes to school raised £2,000, and more than £2,000 was raised on a JustGiving page set up by local undertaker Gary Valentine Fuller.

“I want to thank each and every one of you who helped make this trip for Alfie and his family to go to the USA for his proton beam therapy,” said Kelly, who lives on the Aylesbury estate.

“It means everything to us to be out here, thank you all so much.”

Kelly has been in a living nightmare since her first-born was a toddler and she noticed him walking on his tip-toes all the time, which can be indicative of a neurological condition. After a barrage of tests he was finally diagnosed with a brain tumour at the age of five in February 2007.

Alfie’s treatment will take nine weeks in total so the family will be in the States over Christmas and hope to come back in the New Year to make a fresh start.  Kelly would like to thank everyone who has donated and particularly Friends of Beormunds, psychic medium ‘Lisa Jane’ for holding two fundraising nights and Alfie’s Godmother Anne Lorraine for all her support.

Kelly with thirteen-year-old Alfie, who has a brain tumour the size of a tangerine