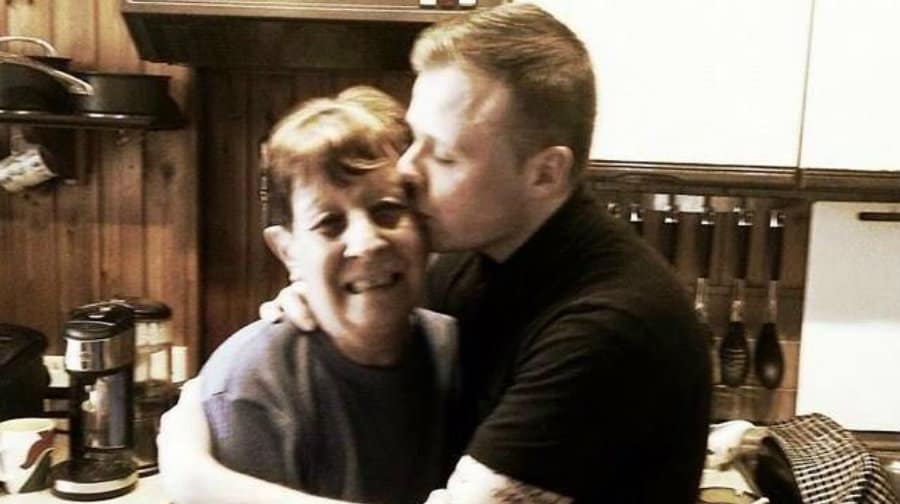 A grassroots cancer charity, The MumMum Foundation, is celebrating being officially given its charitable status – by giving a Bermondsey woman battling the disease a night at a West End musical.

Camberwell man Gary Valentine Fuller set up the charity in memory of his late grandma, Carol Rogers, whom he his family and “everyone she knew” used to call MumMum.

The 25-year-old said: “MumMum passed away in November 2013. I absolutely worshiped her. She was my world.

“She had cancer for five years and it got the better of her. I know losing a loved one can be such a traumatic time that I decided I wanted to help other families.

“I’m an undertaker by trade, so I’m used to dealing with bereavement, but we set the charity up partly as a coping mechanism. Doing good things for other people can really be a powerful way of helping you through.”

They took the decision to create The MumMum Foundation on the one-year anniversary of Carol’s death, and to carry on her legacy of dedication to charity work.

Gary has said their donation will be to support the family of 24-year-old Tilly Browne, who has been diagnosed with incurable breast cancer.

Tilly’s chronic relationship with the disease is caused by her suffering from Li-Fraumeni Syndrome, an extremely rare genetic disease that makes carriers prone to developing cancer.

Gary said: “We’re going to pay for Tilly and her family to go and see Motown the Musical at prime time on Saturday night, and have dinner out wherever she likes.

“Tilly’s fighting spirit has been inspirational and we would also like to support her throughout her treatment.

“With cases like Tilly we want to put a smile on her face and show her people really care about her.”

“We also want to thank everyone for their support in the last year who supported out charity.

The Mum Mum Foundation will also hold a fundraiser at the Nag’s Head pub in Camberwell on June 18.

Another fundraising event for Tilly will take place at the Lightbox in Lambeth Place on Saturday, with a house music club night starting at 10pm. Tickets will be £20 on the door.

Local traders Suncatchers and Mirrors are also due to host an online auction on their ‘Sun Catchers and Mirrors’ Facebook Group this Sunday, with prizes including a new TV and signed prints of Formula One legend Michael Schumacher.

To find out more about Gary’s charity, visit www.facebook.com/themummumfoundation