Initiative provides families with clothes, toys and kit for children 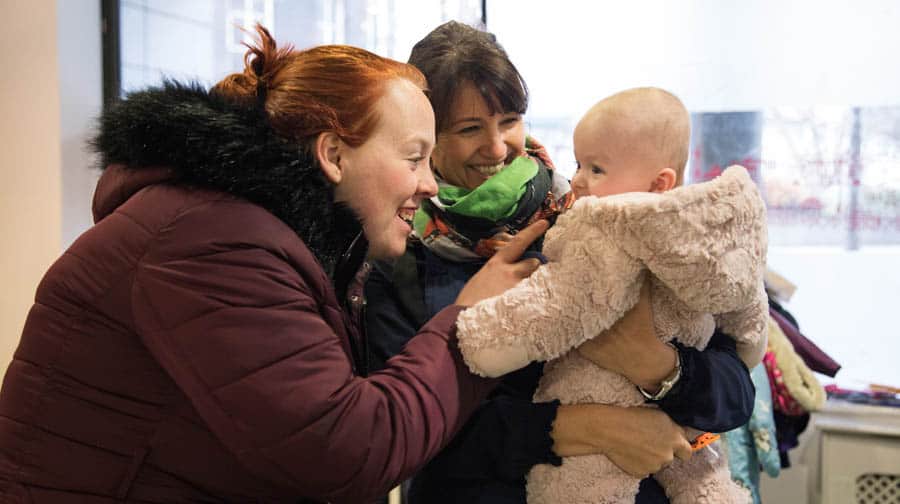 Three mums are launching an initiative at a Nunhead pub to help families in need of children’s clothes this February, writes Jessica Aszkenasy…

Set up by Marie Dixon, 38, Tessa Blunden, 38 and Hannah Meekums, 39, who live in Nunhead and East Dulwich, Little Village provides families with clothes, toys and kit for children up to the age of five.

After helping 890 families and 1,246 children in Wandsworth and Camden since it was launched in 2015, the trio have decided to bring their initiative home.

“The child poverty rate in Southwark is 37 per cent, with some parts at over 40 per cent. This translates to over 8,000 children under five living in poverty – more than one in three children in our borough,” Marie told the News.

The new branch will be run in the back hall of London’s first local-owned pub, the Ivy House, in Nunhead, which was bought by residents in 2013.

“It’s a cooperative pub with the mantra ‘do things for the community’, which is in line with Little Village’s mission,” said Marie.

The charity works like a foodbank for families who have been referred by health visitors, midwives, family charities and children’s centres.

“It varies week to week but people are in need of everything. Sometimes we have people with mobility disabilities coming in who need special equipment,” said Marie.

Little Village is holding a fundraiser at the Ivy House from mid-February to mid-March and is hoping to open its doors permanently in May. To donate visit https://littlevillagehq.org/donate/.