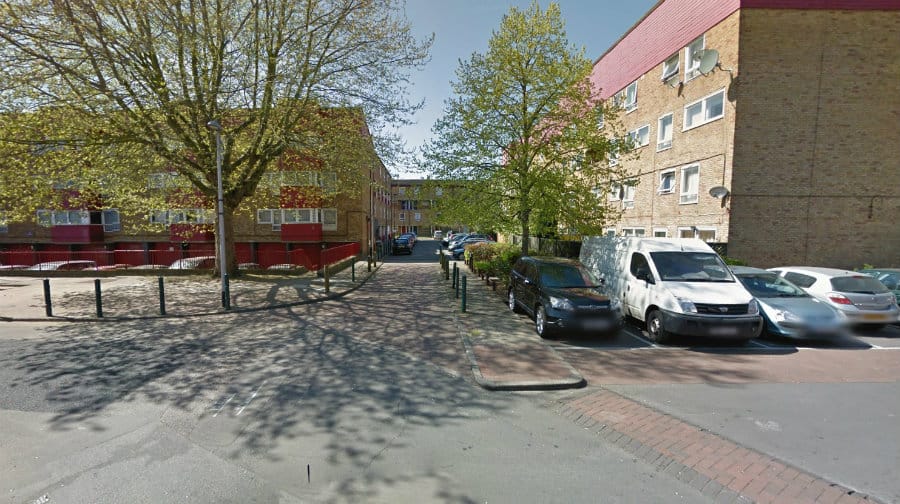 A murder investigation has been launched after a former Peckham school pupil died after being stabbed on his estate near Millwall’s stadium.

Nineteen-year-old Andrew Oteng-Owusu was seen struggling for breath with blood running down his leg as he limped home after the attack in Sharratt Street, Lewisham, on Wednesday night.

The wounded young man is understood to have attended St Thomas the Apostle Catholic College in Peckham, and to have lived within a short distance from the place where he was ambushed.

At 11.30am on Thursday at King’s College Hospital, he was pronounced dead.

A close friend of Andrew’s, Kirsty Anderson, eighteen, told the Evening Standard: “We saw him come past and my mate shouted ‘Are you alright?’.

“He said ‘I’m bleeding’ and we saw all the blood down his leg. That’s when we called the ambulance.

“At first he didn’t look in pain but then he collapsed outside his door. When the ambulance came the last thing I heard him say was ‘I can’t breathe’.

“I’m still shocked. I can’t imagine how his mum is feeling. He was a really lovely boy, always polite and never mixed up in any trouble.”

Lewisham police have confirmed they were called by the London Ambulance Service at 11.41pm on Wednesday to a report of a male stabbed on Sharratt Street.

“He was taken to Kings College Hospital where he subsequently died at approximately 11:30am on Thursday, August 4.

“A post-mortem examination is due to take place tomorrow at Greenwich Mortuary.

“An investigation has been launched by detectives from the Homicide and Major Crime Command, and an incident room has been opened at Lewisham police station.

“No arrest has been made at this time and enquiries continue.”

Dont be silly, dont let facts get in the way of an emotive victim mentality, its all the FEDs fault and legacy of slavery, nothing to do with a culture of violence, misogyny and crime.