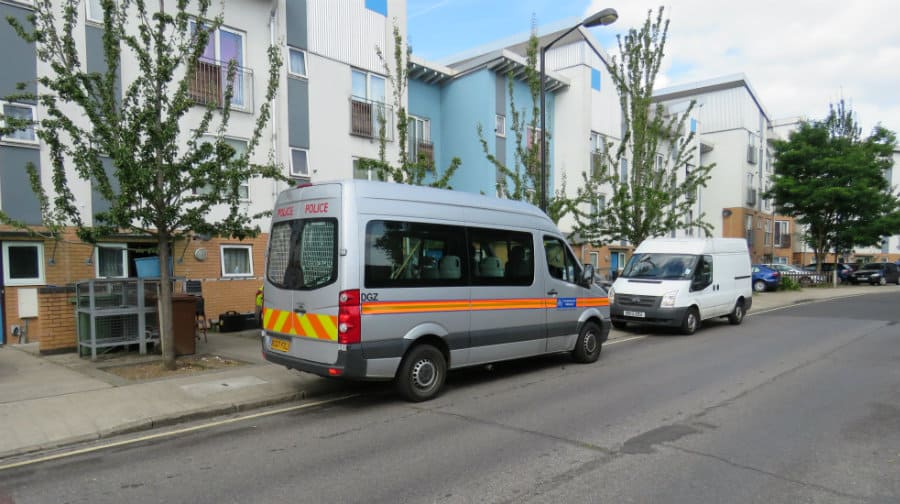 A fifteen-year-old boy will appear in youth court today, charged with murdering of Leoandro Osemeke, 16, who died on Friday in Peckham.

A post-mortem examination has found that the Peckham youngster died from a fatal wound to the chest from a knife.

The teenager was known to his friends and fans by his artist name, Showkey, under which he performed and released rap music.

The attack on the youngster happened in Colgrove Road at about 7.15pm, where a house party was taking place close by.

Police were first to arrive, and tried to resuscitate Leoandro at the scene. Paramedics also came and pronounced the boy dead at the scene, watched by a crowd of shocked teenagers who knew him.

The fifteen-year-old, who cannot be named for legal reasons, was apprehended by police on Sunday.

He will appear at Highbury Corner Youth Court today.

On Monday morning, a single bouquet of flowers had been left at the house where the party took place. Police were also still present, with a cordon placed across the front door.

One Colgrove Road resident, who did not want to be named, told the News about 50 kids at the party.

The man said: “The family had not long moved into the house. I had seen a mum and dad and another child outside the house before.

“My wife saw him [Leoandro] on the road when they [paramedics] were trying to deal with him.”

The neighbour added that the family had given out leaflets about the party two weeks before it happened, and that the party itself had not been “too loud”.

Friends of the boy have said that Leoandro was a close friend of a seventeen-year-old Lewisham teenager and fellow rapper, Myron Yarde, who was stabbed to death on April 3.