Dickson Tangu was sentenced to life imprisonment and will serve a minimum of 23 years. 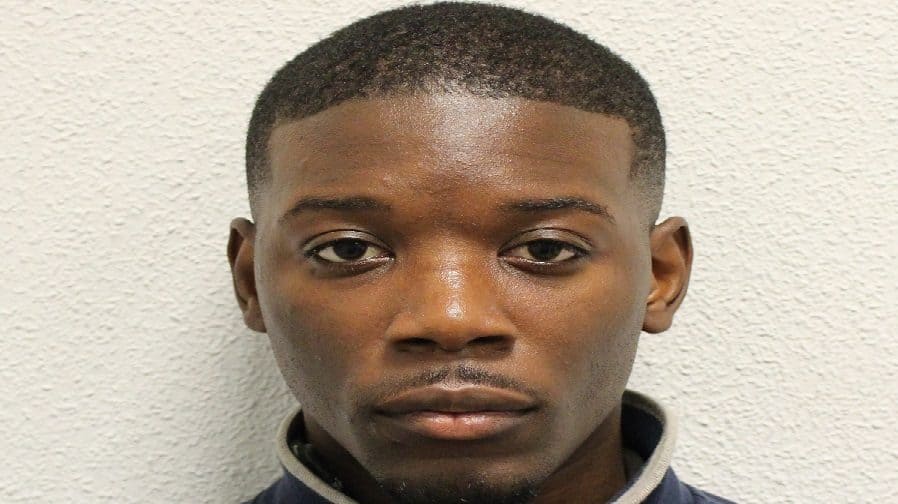 Dickson Tangu will serve a minimum of 23 years

A man whom police say has ‘complete disregard for human life’ has been jailed for murdering a teenager outside Afrikiko Bar on the Old Kent Road in August last year.

Dickson Tangu, aged 22, (pictured) was found guilty of the murder of nineteen year old Daniel Namanga and possession of a knife last week.

He was sentenced to life imprisonment on Friday, 09 February, and will serve a minimum of 23 years.

The court heard that Mr Namanga was on a night out with friends at the Peckham club on 08 August last year when he became involved in an altercation outside.

The nineteen-year-old was chased and stabbed, before his killer fled the scene.

Paramedics were unable to save Mr Namanga, who was pronounced dead at 02.05 am, from single stab wound to the chest.

Police arrested Tangu on 11 August at his home address at Wilkinson Gardens in Croydon.

Eight other people were arrested in connection with the investigation and all were subsequently released.

In court, the jury took just two hours to reach a verdict of guilty.

Detective Sergeant Rob Tickle said: “Tangu is a dangerous individual, embroiled in a culture of violence in which he has shown a complete disregard for human life, including whilst at court.”

He also paid tribute to the Namanga’s family, highlighting the ‘immense courage, dignity and strength’ of his mother, Sally.

“The family particularly want to thank the emergency services personnel who fought hard to save Daniel’s life, the criminal justice system and the investigation team whose commitment, hard work and determination ensured that Tangu was convicted,” he said.

In a statement following Tangu’s sentencing, the victim’s family said: “Thank God our prayers have been answered and justice has been served.”