In future, viability documents will be open to the public in Southwark 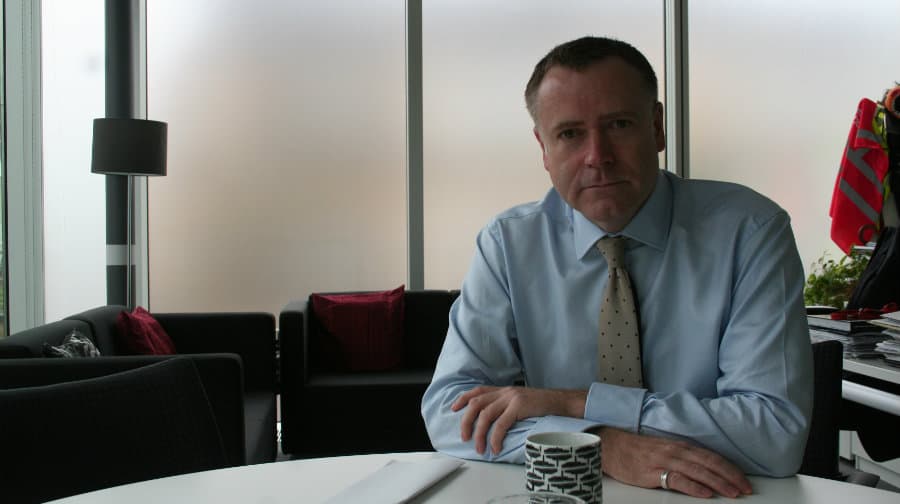 When Adrian Glasspool was forced to leave his home on the Heygate Estate to make way for the new Elephant Park, he decided to find out what deal the council was getting in exchange for the 24 acres of land and 1,194 council flats it would lose.

For three long years he fought to see a private document which spelled out why developers Lendlease had been allowed to provide less than Southwark Council’s set minimum of 35 percent affordable housing on the new £1.5billion regeneration scheme.

After Southwark Council spent £56,000 in legal fees (to be paid back by Lendlease) fighting Mr Glasspool and the Information Commissioner to keep the document secret, last month it was finally handed over following a landmark ruling, which changed the game for developers and local authorities everywhere.

Because of a recent amendment to planning law, developers can get around this costly obligation if they can prove it would take the scheme below ‘acceptable’ profit margins.

This is done with the much maligned Viability Assessment – a calculation of the estimated costs of the development weighed against the predicted profits.

“It all began when we started looking into the promises of new affordable and social rented homes for Heygate residents and why they weren’t being delivered,” said Adrian. “We came up against viability assessments, which are just these secret financial reports that allowed the developer to back out of its affordable housing commitments.”

After reading the Elephant Park viability assessment, Adrian and fellow former Heygate resident Jerry Flynn penned a scathing post on their blog – 35 percent – which was swiftly followed by a similarly caustic attack by Guardian columnist, Oliver Wainwright online – disputing some of the estimated costs and profits detailed.

But in an exclusive interview with the News this week, Council Leader Peter John staunchly defended the “good deal” secured on the Heygate in the aftermath of the financial crash and made a momentous declaration to ensure future viability assessments are open to public scrutiny.

One of the main criticisms of the Elephant Park viability assessment was that the level of profit set aside for Lendlease was, at 25 percent, about ten percent higher than usual. These profit margins were factored into the scheme’s costs from the beginning.

When experts at the District Valuer Service (DVS) – an independent government property advice service – reviewed the document on behalf of the council, it initially advised that more evidence was required to accept a profit level this high as “most development schemes when analysed following completion average below fifteen percent.”

The valuation of how much the finished properties would be worth (and therefore the level of profit forecast) was also highlighted as an issue by the DVS with a shortage of comparable properties in the local area to use as a yardstick – with even a maisonette on the Pelier Estate in Camberwell referenced.

The average valuation of £600 per square foot was initially flagged up as possibly too conservative, with the initial DVS report suggesting “significantly better values” could be expected for the high-rise flats in Elephant Park.

“I insisted that it had to be 25 percent,” said Cllr John. “That was a red line – we insisted [that] no less than 25 percent was acceptable.”

Even when the developer profit was theoretically reduced to 17.5 percent in financial models run by the DVS, Cllr John claims the scheme was still not ‘viable’ with any affordable housing at all – so why did Lendlease agree to provide 25 percent?

“They were taking a punt on things getting better,” said Cllr John, who added that the housing market was very different now to back in 2010 when the deal was struck.

“Back in 2010 you would not have predicted sales values continuing to rise at the rate that they are,” he said.

When pressed on whether he could have pushed for 35 percent, seeing as Lendlease were betting on the property market improving, he told the News that would have been a “step too far.”

“We had to take a more pragmatic approach to things. 35 percent of zero homes being built is zero. 25 percent is better than the zero option and nothing being built at all,” he said in a comment echoed by Lendlease. “The choice is not between 25 percent and 35 percent – if this regeneration were not going ahead there would be 0 percent – no new homes, affordable or otherwise,” said a spokesperson.

Now that the London property market is booming again, Adrian and Jerry said for such a long development (fifteen years), the council should have negotiated a clause which would allow for more affordable housing to be included at a later date if the scheme made more money than was initially anticipated.

But Cllr John said this was not necessary because the legal agreement between the council and Lendlease stipulates that 25 percent is the minimum allowed for the scheme and as each individual detailed planning application is put forward for the different phases of the development, the council can argue for higher affordable housing levels based on improved land and property values.

This week the House of Commons hosted a debate on whether viability assessments should be made public as a matter of course and Bermondsey and Old Southwark MP Neil Coyle recently questioned the Secretary of State for Communities and Local Government in Parliament on what steps he is taking to make viability studies open to the public.

As other Labour councils like Greenwich and Islington move to create policies which would force developers to make their viability assessments public in future – Cllr John exclusively told the News that he would follow suit.

“Absolutely we should change the way viability assessments are done,” he said. “There needs to be openness so people can pour all over these documents,” he added, clarifying that the three year battle to keep the Heygate document hidden from public view was because of the binding agreement made with Lendlease. “I think we can publish them on the planning website. We’ll look at what we can meaningfully do there to make the process as transparent as possible,” he said.

“It’s a distraction and it’s allowed people to suggest we are being secretive about a ‘bad deal’. Actually we did a really good deal in getting 25 percent.”

“While the council leader’s promise to make future viability assessments public is a welcome step, it needs to be followed through with effective policy change.

“The true test of which will be when policy-compliant developments start coming forward as a result,” he said.

Even with the net loss of around 1,800 council homes on the Heygate and the Aylesbury, Cllr John says by 2018 the borough will see an increase in social rented homes with 677 being built around the Elephant and hundreds of affordable homes (between 50 percent and 80 percent of market rents) being built on or nearby Elephant Park.

Out of nearly 2,500 new homes at Elephant Park, there will be in the region of 550 affordable homes. Within that total, 76 will be at social rents with family-sized homes prioritised for this income bracket.

“My conscience is clear in terms of being committed to building affordable homes,” said Cllr John, who says the only way out of the capital’s housing crisis is for government to commit to a mass house building programme and to allow councils like Southwark to borrow money to finance housing programmes of their own.

“I want to deliver housing ourselves –  then we are in charge of the product we are delivering and the rent we are charging,” said Peter John who is himself frustrated at having to “go through this charade of squeezing as much as we can out of the private sector.”

“The government has to give us the ability to build houses direct. That’s the answer.”

As London is changing rapidly and soaring property costs are forcing working class families who have lived in boroughs like Southwark for generations to move out, Cllr John says he does feel a “great responsibility”.

“I’m looking for new answers and new solutions for helping people to stay in a community which they have grown up in. Keeping that mix in our borough. I feel it passionately. I wouldn’t be doing it otherwise.

“In addition to affordable housing, our investment into the area includes significant strategic transport improvements and thousands of jobs are being created, both during construction and in the completed development, with local businesses already benefiting from regeneration,” said a Lendlease spokesperson. “The project will introduce a low-carbon energy scheme, and we will be providing over 11 acres of significantly enhanced public spaces.  Our ambition is to make Elephant Park one of the most sustainable urban regeneration projects in the world.”

‘Harriet and a councillor were in a lift with a man injecting drugs in his penis. That’s not the sign of a successful community’

Southwark Council and its leader Peter John have stood accused of ‘social cleansing’ as vast council estates like the Heygate and the Aylesbury, housing thousands of low-income households are to be replaced with blocks of gleaming apartments, some of which are sold off-plan to foreign investors.

Cllr John says objectors are remembering both estates with rose tinted glasses – and recalled one instance when MP Harriet Harman visited the Aylesbury with a local councillor. “They were in a lift and a man was injecting drugs into his penis. That’s not a sign of a successful community. That’s not the kind of community we want to see,” said Cllr John.

And similarly with the Heygate Cllr John said some campaigners made it seem as if the estate was a country village straight out of Midsomer Murders. “It wasn’t like that. There were some good people living on the Heygate of course, some of the low rise blocks weren’t bad, but on the whole the brutalist architecture wasn’t conducive to building a successful economic community. These were hard to let properties. We shouldn’t forget that,” he said.

Some residents of both estates have frequently argued that they were allowed to fall into disrepair and misrepresented by the council and the media.

gentrification at its finest, Its happening in Surrey Quays also now.its disgusting..