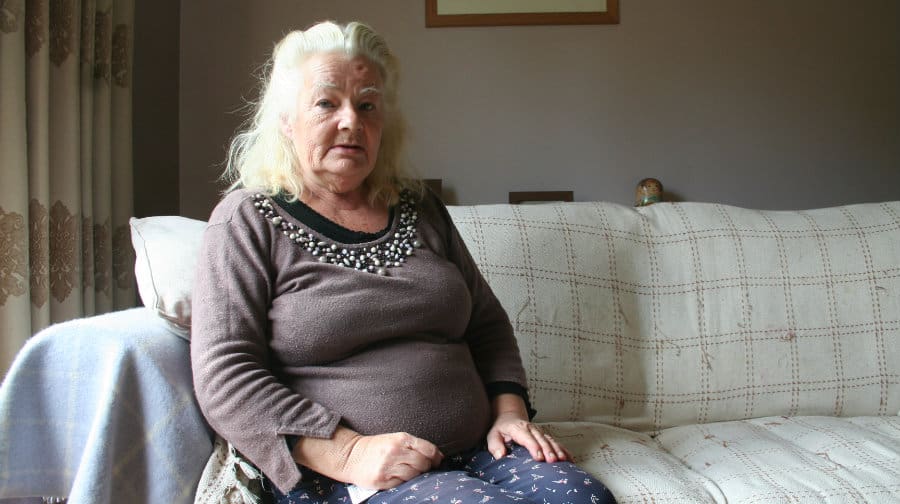 A retired 999 operator has slammed the lack of nursing home places in Southwark after her blind and deaf mother was offered vacancies in Bexley and Norwood.

Last week the News reported Camberwell Green Care Home, one of three facilities offering nursing services in the borough, would be closed by its provider, HC-One.

There are 28 residents left there who need to be found a new home, but the only other two nursing homes in the borough are currently under council embargo, preventing any elderly people being placed there until their standards improve.

Catherine Burke, 60, visits her 87-year-old mum Margaret every other day since she needed around the clock nursing care, but worries she would struggle to keep this up if she had to travel outside of the borough on public transport.

Margaret, who spent 35 years as a Southwark Council home help, was first moved into Burgess Park care home over a year ago. After being hospitalised with Pneumonia the council decided not to send her back there, leaving Catherine with the choice of Tower Bridge or Camberwell Green care homes, the only other two in the borough with nursing provision, which were both under council embargo at the time.

When she was offered alternative places in Bexley and Abbey Wood in March of this year, Catherine plumped for Camberwell Green just so she could keep visiting her mum regularly.

Little more than six months later Catherine has been told Camberwell Green is closing and Margaret will need to be moved elsewhere.

“Now in the borough there’s absolutely nothing for people who need nursing care. I just think it’s awful,” said Catherine.

So far Margaret has been offered a place in a home in Norwood which turned out to be full, and two places in Catford, which were unable to take her in the end because of her complex needs.

“It’s a sad and sorry service and nobody seems bothered,” said Catherine. “It’s like you are just left to your own devices and there’s nobody there to help you.

Margaret has always had an independent spirit – especially after she had to bring up her two children by herself when her husband was killed in a car crash.

Now all Catherine wants is for her mum to be placed somewhere nearby where she is given some mental stimulation.

“It just annoys me – she’s worked hard, she’s always paid her bills and now they’re talking about moving her to the back of beyond,” she said.

Stephanie Cryan, Southwark’s cabinet member for adult care and financial inclusion said: “We are sorry to hear about the difficulties Mrs Burke has faced with her care. I have spoken to her daughter a couple of times and we are working to ensure the best possible outcome for them.

“We are still very much hoping to place as many people within the borough as we can but are exploring all options. While we know having to wait in the meantime is not an ideal situation for residents and their families, HC-one have agreed to keep the home open as long as needed while we continue to work hard behind the scenes on potential upcoming options for residents.”