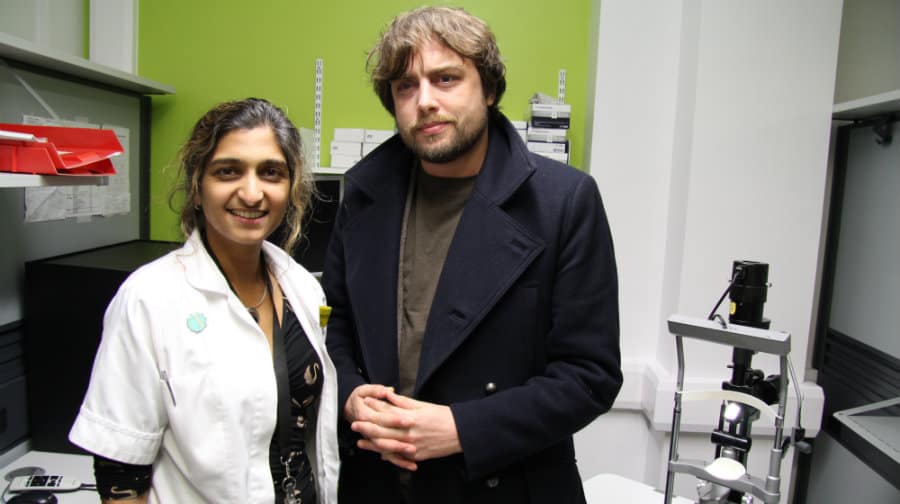 A Bermondsey man who has gone partially blind due to a diabetic eye disease is sharing his story to highlight the importance of regular eye checks.

Danny Ball, who has Type 1 diabetes, had developed eye problems that were too serious to treat by the time he finally sought treatment at St Thomas’ Hospital.

He said: “Like many young men, I felt invincible. I thought sight loss was something that happened to other people.

“When I started finding it difficult to read I put it down to my eyes being tired. I failed to get them checked until it was too late. I’m now blind in one eye and almost blind in the other.”

He is now sharing his story, which is also being told in a new film produced by Guy’s and St Thomas’, in an effort promote eye screenings – especially for diabetic sufferers.

He said: “My sight could have been saved if I’d checked my eyes earlier. It’s crucial to make people aware of the importance of having regular eye check-ups, particularly if they have diabetes.”

Danny is now also planning to undertake a PhD studying why young men fail to engage in healthcare.

Diabetes is one of the main causes of blindness for people of working age in the UK.

Samantha Mann, Consultant Ophthalmologist at Guy’s and St Thomas’, says: “With diabetes rates higher than ever before there has been a corresponding increase in the number of patients at serious risk of blindness.

With early detection and treatment, blindness can be prevented in 90% of diabetes-related cases.

Danny’s Story – a short film about Danny’s experience of losing his sight – can be viewed at: www.guysandstthomas.nhs.uk/our-services/decs/overview.aspx#dann