"So many people have been coming and taking photos of it and talking about it," shopkeeper told the News 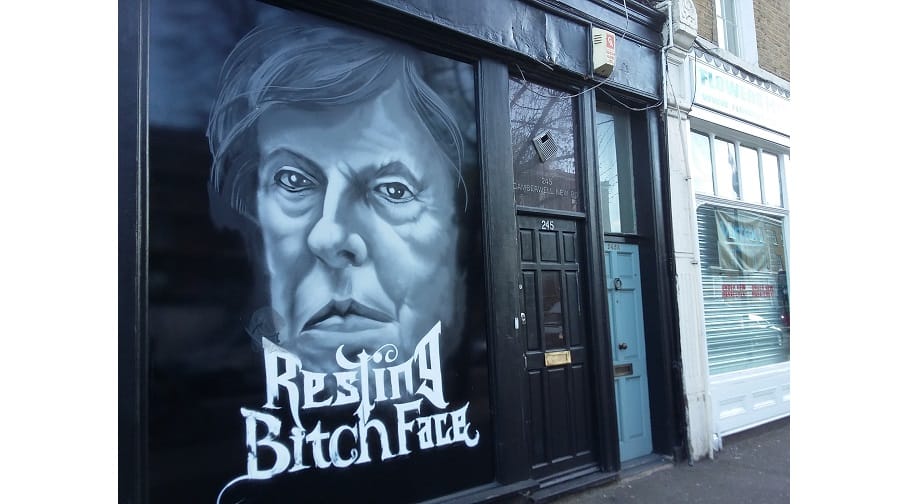 A provocative depiction of Prime Minister Theresa May has been emblazoned on a vacant shop in Camberwell.

The graffiti appeared at 245 Camberwell New Road on Monday, according to the shopkeeper of the Premier convenience shop next door.

The wording “resting bitch face” is understood to refer to any man or woman who has a naturally miserable looking face when they are not showing any expression.

The shopkeeper said: “It appeared on Monday morning, but I have no idea who did it.

“It’s very funny. So many people have been coming and taking photos of it and talking about it.

“I don’t think the people who live in the flat above it know either.”

I see it has been mysteriously changed to ‘Resting Witch Face’ now.

The bitch is a bitch