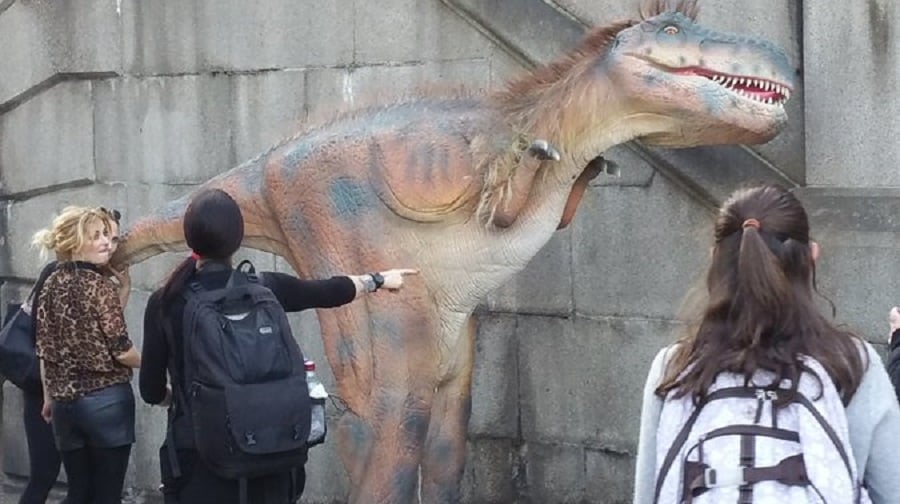 Commuters and tourists were stopped in their tracks as dinosaurs sauntered across Southwark Bridge on Monday.

The giant reptiles were spotted on the bridge shortly after 4pm on Monday.

Bemused witnesses took to Twitter to warn others of the odd sight.

While Tatjana Mitevska joked: “Return of the ice age on the eve of #Brexit – #dinosaurs crossing #Southwark Bridge on a headhunting trip to the City of #London.”

It is not clear why the dinosaurs were on the bridge, although Kate Jarman suggested it could be linked to ‘Jurassic Kingdom 2017, Where Dinosaurs Come to Life’, which is launching in London on Saturday, April 1.