Nunhead man John Edward Arnell left his legacy to the Latin Mass Society. The charity is trying to find anyone who might know him. 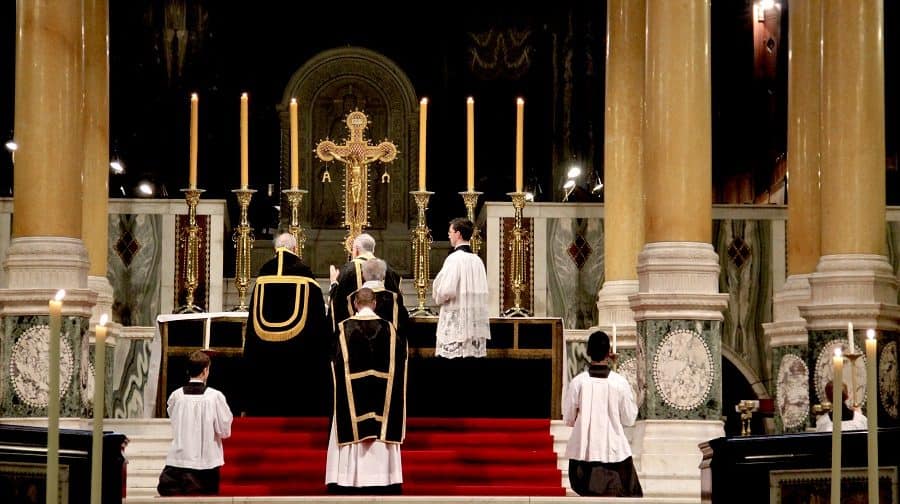 A mystery surrounds the identity of a Nunhead man who left his entire legacy to a small Catholic charity.

The Latin Mass Society is desperately searching for anyone who knew John Edward Arnell, who is believed to have lived in St Asaph’s Court, St Asaph’s Road before he died in May 2017.

The News understands Mr Arnell was once a member of the Latin Mass Society, but the charity was taken aback by the size of the generous donation – the largest sum it has ever received – because he had not been involved with the organisation for several years.

The charity have said the figure was in excess of half a million pounds.

Stephen Moseling, the charity’s general manager, told the News he was trying to track down anyone who knew Mr Arnell to attend a requiem mass to be organised in his honour this summer.

“In 50 years, we’ve never received anything this large; we’re only a small charity,” he said.

“I’d like to be able to find friends or family of John so they can attend his requiem mass,” Mr Moseling continued. “The council handled his death, and they were only able to find one very distant relative, who has remained uninvolved.”

There is a record of a John Edward Arnell serving in the Royal Air Force in 1950. This would match up with the dates he was alive, yet there is no evidence he is the same man.

Mr Arnell was born on July 8, 1933 in Chichester, which would have made him seventeen when he was serving in the RAF, if the records refer to the same John Arnell.

The Latin Mass Society was contacted initially in December of 2017 about the legacy.

However, proceedings did not move quickly enough, and Arnell’s body was cremated in January of 2018.

His ashes were scattered at the crematorium, although it is preferred for a Catholic to be buried.

The possessions of Arnell’s flat were sold off, meaning that there are no clues left about his identity or who might have known him.

Mr Moseling contacted local Catholic churches and social services in Southwark, wrote a piece in the monthly publication of the Latin Mass Society, and sent letters to the residents in Arnell’s old block of flats: all to no avail.

The Latin Mass Society is planning to hold Mr Arnell’s requiem mass in July or August, which would be an opportunity for his friends and family to celebrate his life and pray for his repose.

“I don’t want to say Southwark News is my last resort,” Mr Moseling said. “But all Catholics deserve a proper Christian funeral. He should be able to have someone there to pray for him.”

Catholic funerals consist of a requiem mass, where it is important for the body of the deceased to be present.

The Latin Mass Society is an association dedicated to the promotion of the traditional Latin liturgy.

“Leaving the legacy he did, John Arnell has allowed us to continue the work that we do,” Mr Moseling said. “He was clearly passionate about continuing traditional Latin services and the heritage of the Latin language.”

The charity has purchased a new set of black mass vestments in Mr Arnell’s memory, and they are to be used for the first time in his requiem.

If you have any details or think you might know John Edward Arnell, please contact Southwark News or The Latin Mass Society.