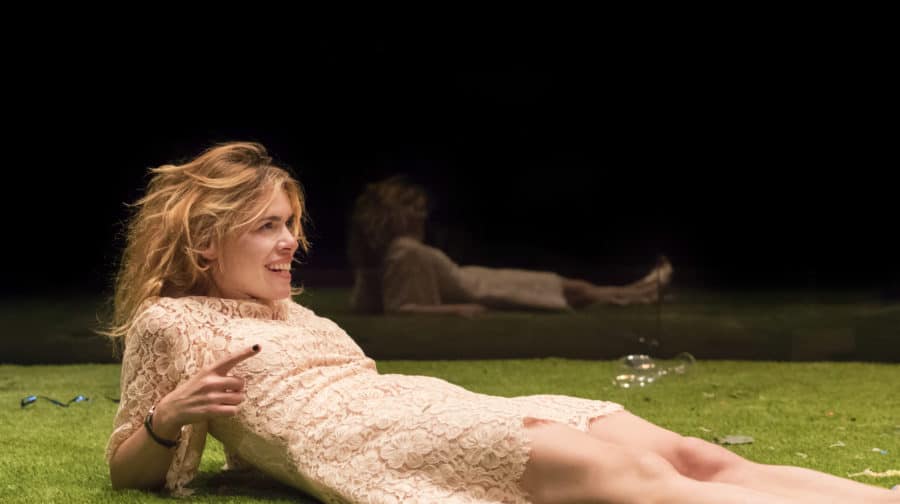 Titles available to watch from today include Coriolanus, Dara, I Want My Hat Back, Medea, Mosquitoes, The Cherry Orchard, Three Sisters, Phèdre and Yerma.

Launching today with productions including the first ever National Theatre Live,Phèdre with Helen Mirren, Othello with Adrian Lester and the Young Vic’s Yerma with Billie Piper, new titles from the NT’s unrivalled catalogue of filmed theatre will be added to the platform every month.

In addition to productions previously broadcast to cinemas by National Theatre Live, a selection of plays filmed for the NT’s Archive will be released online for the first time through National Theatre at Home, including Lucy Kirkwood’s Mosquitoes with Olivia Colman and Inua Ellams’ new version of Chekhov’s Three Sisters (a co-production with Fuel).

Viewers can choose a monthly or annual subscription to access the full catalogue and exclusive backstage content, or can opt to rent single plays for a 72-hour window. National Theatre at Home is available for streaming online through any web browser and in Apple (iOS /?tvOS), Google (Android / Android TV), Roku TV and Amazon Fire TV. 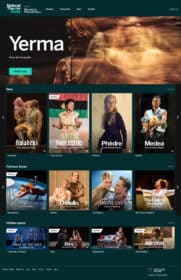 National Theatre at Home’s digital streaming offer was first made available during the UK’s first COVID lockdown when theatres and cinemas were closed.

For 16 weeks from the beginning of April until the end of July, productions were made available for free on the National Theatre’s YouTube channel?every Thursday at 7pm UK time, which were then available on demand for the following seven days. This resulted in over 15 million views for 16 productions over four months and reached 173 countries around the world.

Following this overwhelming response, the NT today launches a new, lasting and extensive iteration of National Theatre at Home, with the ambition of bringing world-class performances to a global audience. The platform will also provide welcome support for artists and theatres during this unpredictable time.

Lisa Burger, Executive Director and Joint Chief Executive of the National Theatre, said: “We were overjoyed to have had 15 million views for National Theatre at Home earlier this year and to discover we had reached so many audiences new to theatre both in the UK and worldwide.

“At a time when many people were isolated at home, it was uplifting to see audiences recreate the shared experience of visiting the theatre.

“From homemade tickets to interval drinks, NT at Home was a way of  making people feel more connected. And so, since the last stream finished in July, we have been determined to find a way to give our audiences access to these stunning filmed productions online once again.

“With the agreement from?artists, we are now able to showcase an extraordinary range of fantastic NT Live productions and, for the first time, some treasured plays from our NT Archive.

“This is?a really exciting day for the National Theatre as we launch a major, online streaming destination for our filmed theatre productions which we hope will continue to provide audiences with the power and joy of theatre for as long as it is needed. We want National Theatre at Home to once again bring people together from all over the worl ?after what has been a very tough 2020 for so many.”

Jemma Read, Global Head of Corporate Philanthropy at Bloomberg LP said: “At Bloomberg Philanthropies, we believe in the transformative power of art and performance to inspire societal change and economic growth. The pandemic continues to impact creative communities and those with fewer resources disproportionately; as we adjust to a new normal, National Theatre at Home will generate artistic opportunity and will offer a safe way for an audience of unprecedented size and diversity to enjoy world-leading performances.”

For unlimited access to the catalogue on National Theatre at Home, a subscription will be £9.98 per month or £99.98 per year. For access to a single play in a 72 hour window, it will be £5.99 for an NT Archive title and National Theatre Live titles are available from £7.99.

The National Theatre will collaborate with Bloomberg Philanthropies to deliver a programme of free subscriptions and discounts to viewers in the UK and globally, reflecting our shared commitment of ensuring National Theatre at Home is available to all.

National Theatre at Home is available now at ntathome.com.