We need ‘to turn the tide’ on knife and gun crime, says Sir Simon Hughes 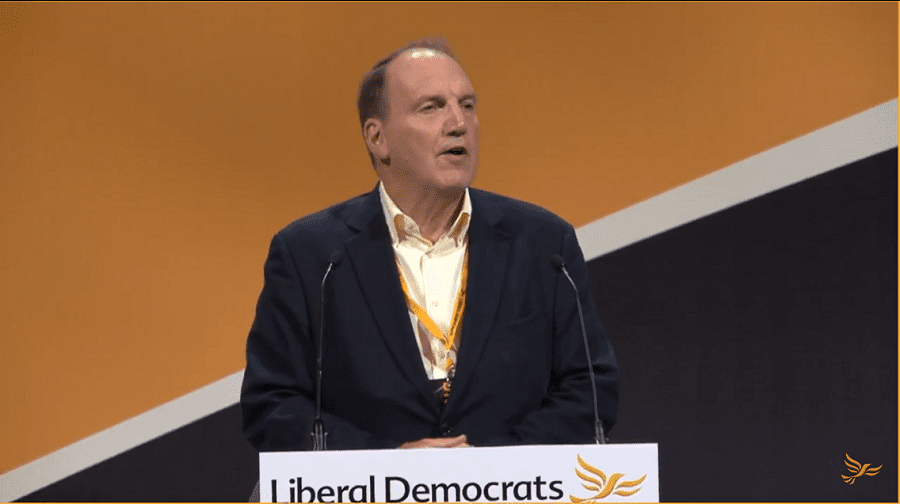 Sir Simon Hughes has called for more to be done to stop the “horrendous and unacceptable” gun and knife attacks plaguing places like Southwark.

Speaking at the Liberal Democrat autumn conference in Bournemouth, former Bermondsey and Old Southwark MP of 32 years Sir Simon recited the borough’s shocking knife and gun crime statistics, as well as the tragic cases of young men who have died as a result.

“On the seventeenth of June 2008, in Tabard Park just yards from his home near London Bridge, fourteen-year-old David Idowu was fatally stabbed through the heart by a boy not much older than him,” he began.

“On the fifth of May 2017, two days after the formal start of this year’s general election campaign, I was at the vigil for 26-year-old local father Bilal Kargbo who had settled with his family in Southwark from Sierra Leone.

“Bilal had been stabbed to death just a few days before in Peckham Rye just yards from one of his best friends. He was the sixth person to die in London from knife crime in that week.”

Holding up a copy of the News, Sir Simon said all too often people saw headlines such as the one on the front page of that edition: “I’m going to keep trying to find out who killed my son”.

“This one quoting the mother of sixteen-year-old Mohamed, who was stabbed to death, his mother still pleading for witnesses to come forward to identify the killer on the second anniversary of the death of her son – an aspiring engineer who had the world at his feet until his life was cut short by a single stab wound to the chest,” he told those gathered.

“I want us to think today not about statistics, but individuals with knives at their throats or in their chests or guns in their ribs.

“Each one of these attacks is horrendous and unacceptable.”

Sir Simon moved a motion to crack down on gun and knife crime, put forward for debate at the conference last week.

“When a borough like ours has one of the highest rates of gun and knife crime in London and London has the highest rates in the country we believe we have a duty to reassess what we can do better to turn the tide as urgently as possible,” he said.

Southwark has the third worst crime rate of any London borough overall and tops the list for gun and knife crime.

The conference called for: