Neighbours, friends and strangers raise over £600 for Debbie’s funeral 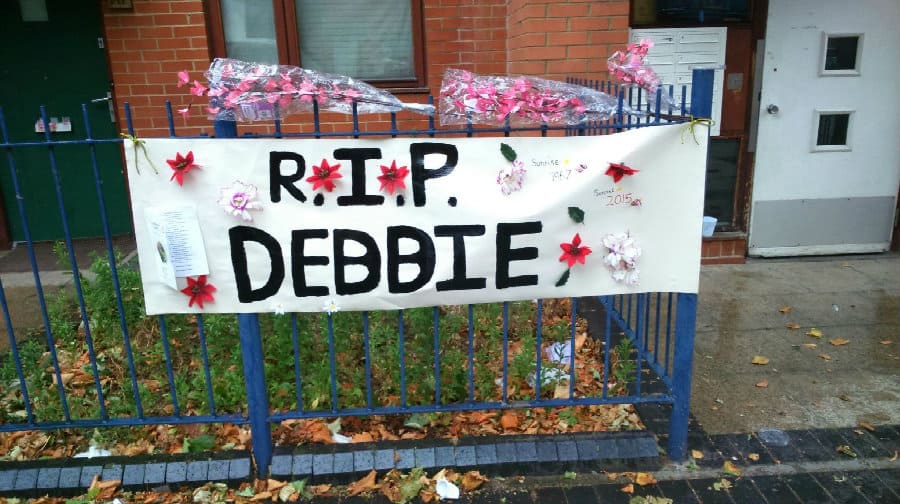 The funeral of a much-loved former Sunday school teacher went ahead this week thanks to donations made by neighbours, friends and total strangers.

More than £600 was raised to go towards the final goodbye to Debbie Watts of Chandler Way, Peckham, on Monday morning.

An online fundraising page was set up after the 48-year-old fell unconscious and died in the home she shared with her partner of eight years, Jamie Bromfield, on May 29.

As a charity volunteer Jamie was struggling to give his beloved Debbie the send-off she deserved, so his boss Garry Waller set up the ‘gofundme’ page to help him out.

Thanks to generous donations totalling £678 in addition to a social fund payment, Jamie was able to have a service at Honor Oak Crematorium surrounded by Debbie’s friends and neighbours this week.

Jamie, 49, described Debbie as his angel, and said she was “the bravest, strongest woman I have had the fortune to meet,” and speaking to the News said he is now “lost without her.”

Debbie’s neighbour, Lucy Cope, who has known her for years, said after her death ‘it was like a light had gone out in our street’. “She was a lovely, free-spirited lady and she’ll be sadly missed by all of us. The whole neighbourhood is in shock,” she added.

“She loved her house, she loved the people she knew, she loved the area,” said Jamie, who has been overwhelmed by the generosity of those who donated to the fundraising campaign. “Debbie always said to me ‘I hope I die before you because otherwise there’ll be no one at my funeral’– “She wouldn’t believe all the people who’ve got involved,” said Jamie.

Southwark NewsNewsNeighbours, friends and strangers raise over £600 for Debbie’s funeral