Neil Goulden has experience in the NHS, as well as the housing and gambling industries 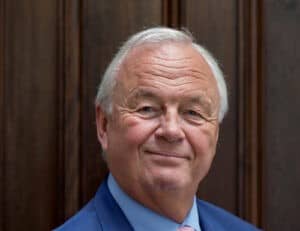 A south-east London hospice has appointed a new chair of its trustees with experience in the NHS, as well as the housing and gambling industries, writes Kit Heren…

St Christopher’s, which has sites in Sydenham and Orpington, has hired Neil Goulden, who has also been chair of Clarion housing association and various NHS hospital and ambulance trusts, to replace the outgoing Morgan Jones.

Goulden, who is also chair of Nottingham Trent university, has worked across the public and private sectors.

Among other positions, he has also been a member of the Low Pay Commission.

He also has considerable experience with betting companies and organisations, according to his LinkedIn profile. He was chairman of Gala Coral Group for fourteen years, as well as chairing the Responsible Gambling Trust and online gaming company GameSys.

“I was drawn to working with St Christopher’s because of its reputation for clinical excellence and innovation,” Goulden said.

“As one of the leading providers of education and training in palliative care nationally and internationally, St Christopher’s is already punching above its weight. I’m excited about the opportunity to work with the leadership team and the rest of the trustees to increase the influence of St Christopher’s, positioning the hospice as a major player in conversations about death, dying, palliative care and bereavement support.”