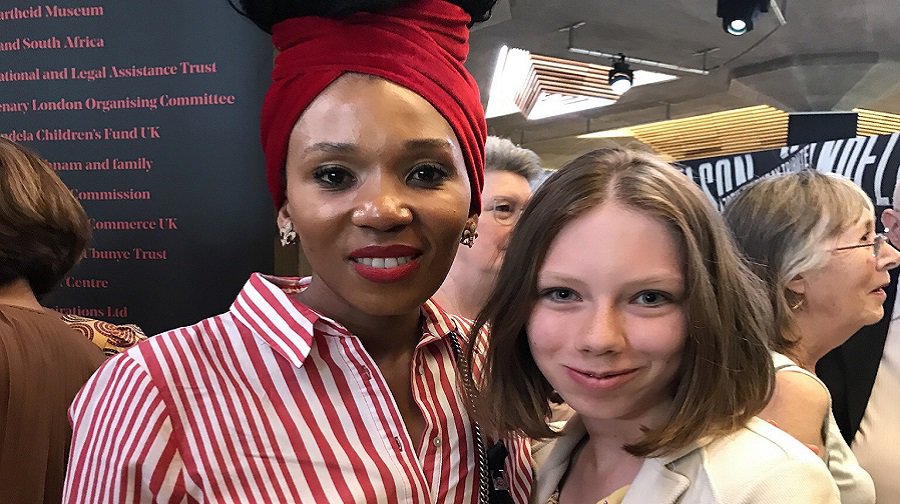 The artwork of Bella Jennings, 13, was chosen to be part a major new exhibition examining the life and work of the former South African President.

The Year 9 pupil got to meet Nelson Mandela’s granddaughter Zamaswazi Dlamini-Mandela as well as Prince Harry and Meghan Markle at the event.

Bella said: “I was aged nine when Mr Mandela sadly passed away in December 2013 and I was very inspired by his life.

“I feel incredibly honoured that all these years later it has been included in this wonderful exhibition celebrating his life.”

The James Allen’s Girls’ School student’s watercolour was on display next to the iconic image of President Mandela at the 1995 World Cup Final, wearing the national rugby shirt. The painting has been on a journey since its production four years ago.

It originally forming part of an exhibition about Nelson Mandela at the World Heart Beat Music Academy in Wandsworth.

The exhibition runs until August 19 and examines his life from being a young freedom fighter all the way to becoming the inspiration for an international movement against South Africa’s oppressive apartheid system.