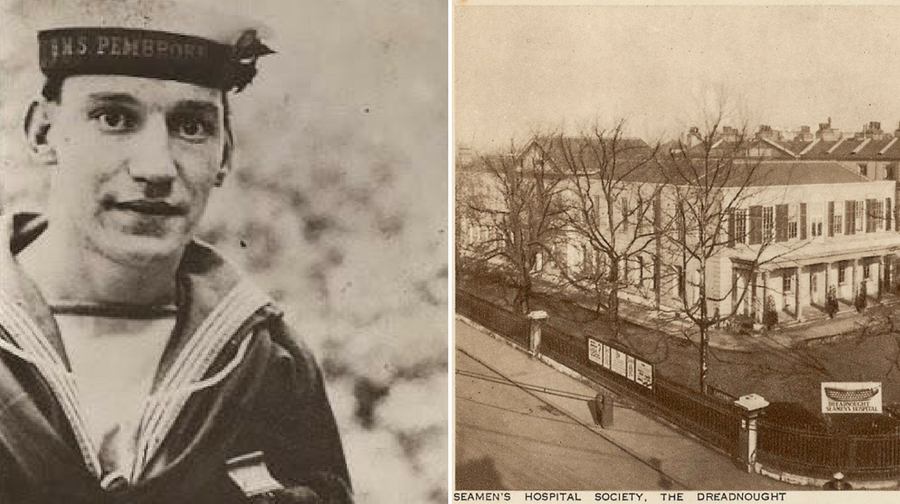 Records covering over 100 years of admissions to the Dreadnought Seamen’s Hospital in Greenwich recently became available to the public online.

The admission registers, covering the period 1826-1930, have been transcribed to create 220,000 digital records featuring information on seafarers from across the world, and patients from other walks of life.

The digital records provide medical information on the patients, such as the dates they were admitted and discharged, the vessel they were last employed on, and the floor they stayed on.

The ‘nature of complaint’ is also recorded, as well as where they discharged to, or the condition they were discharged in, and the duration of their stay at the Dreadnought.

Conditions recorded vary from injuries sustained in combat, to disease outbreaks such as beri-beri, scurvy and cholera.

A number of well-known names appear on the register, including those of writer Joseph Conrad and French anarchist Martial Bourdin, as well as hundreds of wounded Royal Navy personnel who returned from raids on Belgian ports during April and May of 1918.

Among these was Able Seaman Albert Edward McKenzie, aged nineteen, who served on board HMS Vindictive and received the Victoria Cross for his bravery during the Zeebrugge Raid.

He came under fire in the port, losing his machine gun in the process, but carried on regardless, “pushing, kicking and kneeing every German who got in the way”.

He was awarded the Victoria Cross after the war.

One of the wards at the Dreadnought Seamen’s Hospital (Credit: National Maritime Museum)

The Dreadnought records show he was admitted to the hospital with multiple gunshot wounds on May 9, 1918, and was discharged to fever hospital on September 13.

He died of influenza at Chatham Naval Hospital on November 3 in the same year, days before the war officially ended.

A statue honouring McKenzie was unveiled in 2015 and stands on Tower Bridge Road, in Bermondsey, near his old home in Alice Road.

The Seamen’s Hospital Society (later Seafarer’s Hospital Society) was founded in 1821 in response to the increasing number of homeless and impoverished seafarers living on the streets of London after the Napoleonic Wars.

Initially, the hospital was based on a number of ships moored on the Thames off Greenwich, including HMS Dreadnought, a name which was retained when the hospital relocated to the vacant infirmary building of the Royal Hospital at Greenwich as the Dreadnought Seamen’s Hospital in 1870.

The medical records of those admitted to the hospital were digitised as part of a project involving more than 100 volunteers from all around the world, run in partnership with the National Maritime Museum and Ancestry.

The Dreadnought Seamen’s Hospital records are available to access via membership to Ancestry.co.uk.

The resource is free to access for visitors to the Caird Library and Archive at the National Maritime Museum.