The 22-year-old was shot to death eleven years ago 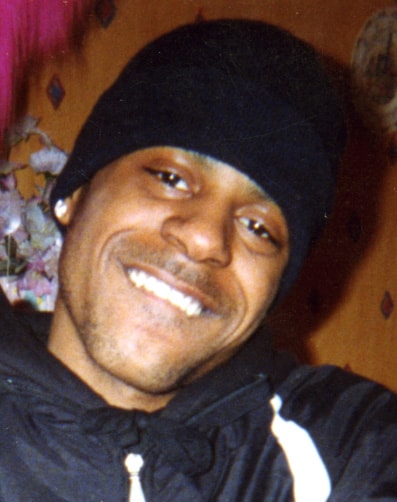 A new £20,000 reward is offered by police investigating the unsolved murder of Daniel Duke in Kennington eleven years ago.

While critically injured, he managed to call 999 and tell the operator he had been shot before staggering to a nearby house where he banged on the front door in search of help, and collapsed. He died in hospital the following morning.

The unsolved murder is one of the crimes investigated by a specialist team at the Met, which is now offering a £20,000 reward to anyone who provides information that leads to the identification, arrest and prosecution of the person or people responsible.

A year later, two men aged 21 were found not guilty of murder after an Old Bailey trial in November 2010.

The same month, an eighteen-year-old man was convicted of possession of a firearm and ammunition, and sentenced to three-and-a-half years in custody – the gun was the same firearm that killed Daniel.

But as yet there is no clear understanding of the motive, or who fired the fatal shots.

Detective Sergeant Susan Stansfield said: “It is now eleven years since Daniel was brutally murdered but we remain committed as ever to finding his killer.

“His untimely death has left his family utterly devastated and with no answers about who shot Daniel and why, their grieving and sense of loss remains.”

Detectives are re-releasing CCTV images of two men captured near a petrol station in Camberwell Road, within hours of the murder and close to where a silver Ford Mondeo was seen speeding away immediately after the shooting. The vehicle was later found burnt out.

Officers believe they could be ‘potentially significant witnesses’ – but the pair have never been identified.

DS Stansfield added: “If you recognise who is in these pictures or that is you, we would strongly urge you to come forward – these people may have crucial information which could assist the investigation.

“I want to appeal directly to anyone who saw what happened to Daniel, or who has since heard or been told what happened.

“We would urge those people to do the right thing – you may feel some sense of loyalty to cover for those responsible, but you are protecting a killer.

“If you feel intimidated about the prospect of speaking to police, there are ways you can give information anonymously and in total confidence.” 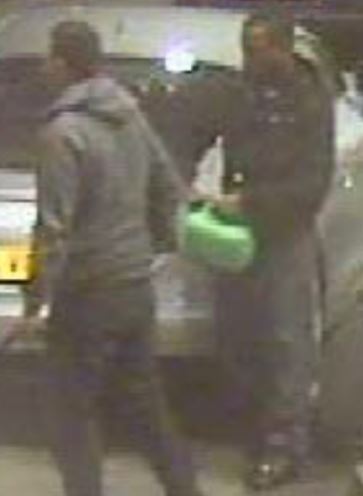 Eleven years on, Daniel’s mother says she is ‘crying on the inside’ and living a ‘double life’.

On the anniversary of her son’s death, Khadija Samuels has pleaded with anyone with information to come forward.

She said: “Our nightmare began when we arrived at the hospital on the evening of November, 2nd, 2009 and the early hours of November 3rd, being told by the doctors they could not save Daniel.

“It is eleven years since we lost Daniel. During these eleven years I have lost friends and family because they did not recognise my grief.

“Living a double life, people who know me now and those who knew me prior to the murder.

“I have tried to be strong for our family, my boys and friends but I’m crying on the inside.

“Daniel was kind, always thoughtful and loyal and he had an extremely close bond with his siblings. Sadly we could not save him from his killers.

“My memories of anything happy or significant have totally disappeared. My memory has gone and I write everything down, something as simple as my last birthday, my age or important dates I struggle to remember.

“I remember Daniel as a baby and his first day at school but his adolescent years are a blur.

“Tiredness from lack of sleep is normal and it now explains to me eleven years on why bereaved parents always look so tired.

“Daniel was loved so much. Seeing him during identification behind the glass screen, he looked very different and this was my first experience of seeing someone who had died. My son was not coming back home.

“I saw Daniel again five weeks after he was killed before the funeral. His colour, his hands and feet had changed. I asked the funeral home to dress him in the clothes that we chose for him.

“In grief you do not have control of your thoughts, sounds and visions. During the investigation you have no control.

“I wanted to solve the case and wrote everything down that happened from the day Daniel was shot.

“There were six of us around the bed after Daniel was operated on and I remember saying “can you see his eyes moving?” The room was quiet so we prayed for him.

“For weeks my phone rang – it was the police, friends and family night and day. No one had the answer to my question ‘why?’

“I do not believe this is the end, I don’t have religious faith but hope one day someone will come forward, a mother, sister, brother or even the killers.

“There are new detectives reviewing the case and they need your help. Can you remember back 11 years ago on 2nd November 2009? Even if it is small, something you know, everything is significant.

“Our family has never been the same, we have been through this trauma together, the pain together and will be together when the killers are caught and prosecuted for this crime.

“Please help us to find and convict Daniel’s killers.”

Anyone with information should call 101 and quote Operation Traxler.

To give information anonymously, call Crimestoppers on 0800 555 111.  Your call will not be traced, and you will not be asked for your name.